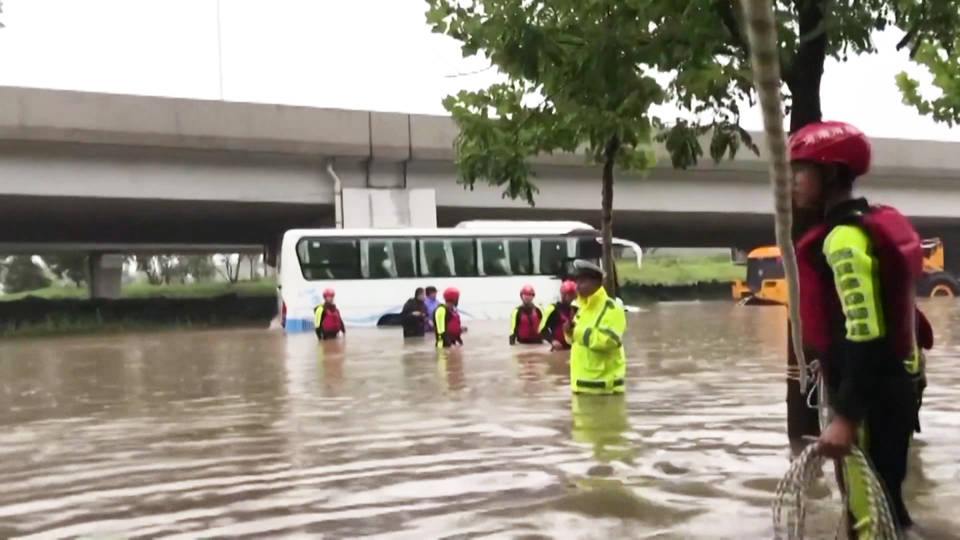 At least 25 people were killed in China’s Henan province as it was battered with a year’s worth of rain in just three days. At least 12 of the victims perished in the inundated subway system. Dramatic online video shows passengers trapped on underground trains, chest-high in floodwater. Some 200,000 people have been evacuated. Meteorologists said that kind of rainfall happens “once in a thousand years.” Greenpeace has warned China’s cities would see even hotter summers and wetter rainy seasons due to the climate crisis. 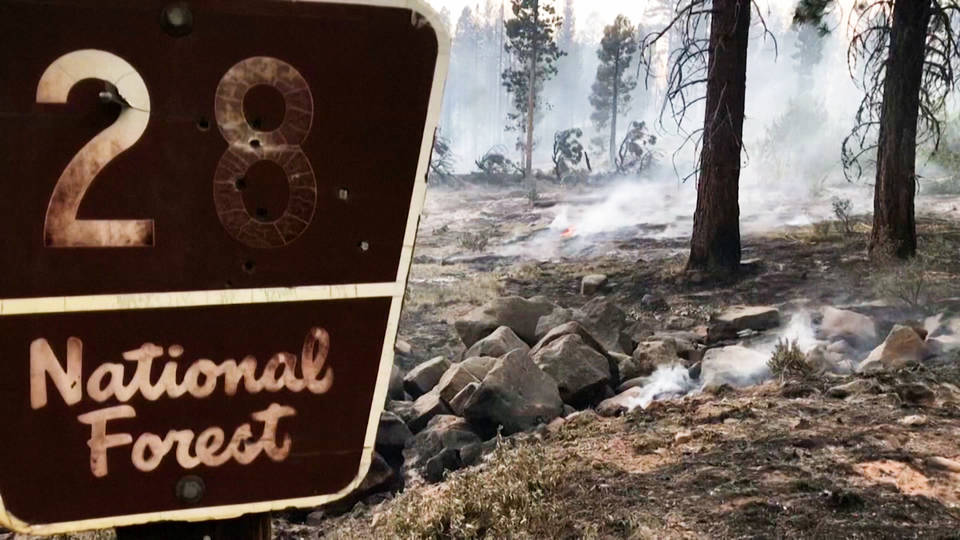 In Siberia, 320,000 residents have been told to stay indoors amid record-breaking wildfires, with the city of Yakutsk experiencing what might be one of the world’s worst-ever air pollution events.

Here in the U.S., the skies are once again thick with haze as far east as New York City as the massive Bootleg and other fires rage in the West. Meanwhile, the Great Salt Lake, the largest saltwater lake in the Western Hemisphere, has tied its all-time historic lowest level, and is expected to break that record soon amid the ongoing drought. 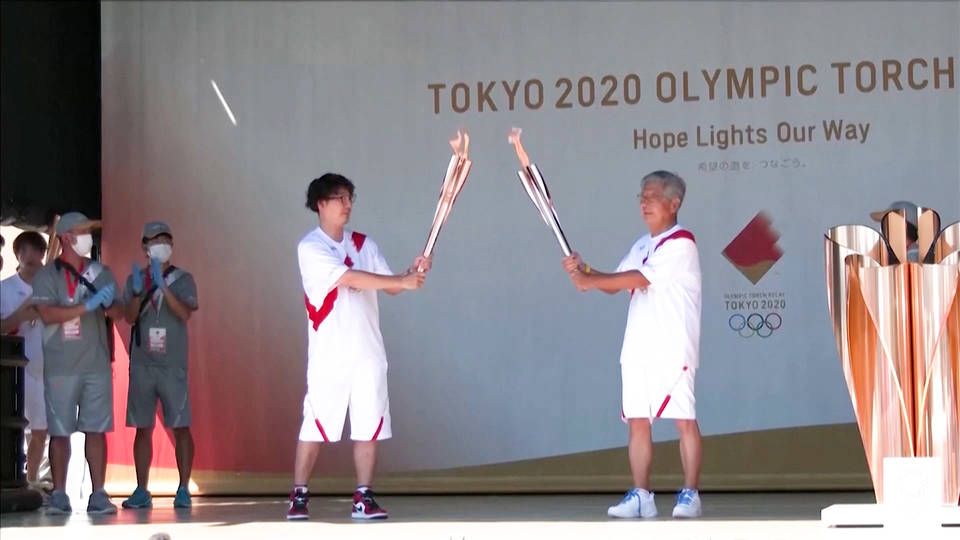 In Japan, even as some sporting events have already started, the head of the Tokyo Olympics organizing committee did not rule out a last-minute cancellation of the games as COVID-19 cases continue to rise. Meanwhile, deaf-blind swimmer Becca Meyers has withdrawn from the Paralympic Games after being denied the right to be accompanied by her personal care assistant due to new COVID restrictions. Three-time U.S. gold medalist Meyers said, “In 2021, why, as a disabled person, am I still fighting for my rights?” 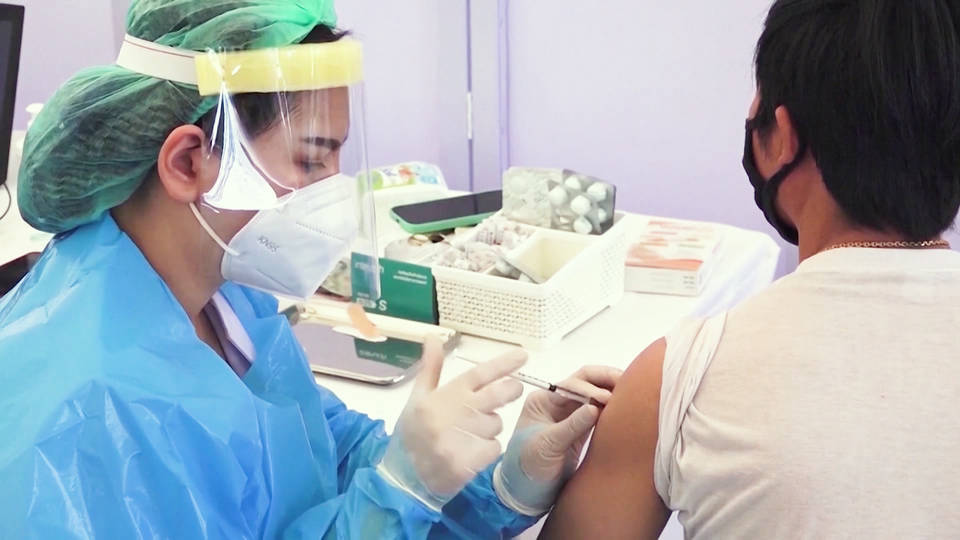 Thailand enacted a strict nationwide ban on public gatherings as Southeast Asia continues to suffer a devastating COVID surge, with Indonesia recently reporting higher daily case numbers than India and Brazil. Iran has put Tehran and surrounding areas on lockdown ahead of the Eid al-Adha holidays amid a spike in cases. Meanwhile, France launched its highly contested “health pass” as officials issued warnings over the current outbreak. This is French Health Minister Olivier Véran.

Olivier Véran: “Yesterday, there were 18,000 new infections in only 24 hours. It means that the spread of the virus has increased by 150% over a week. We have never seen this before.”

Delta Variant Accounts for 83% of New U.S. Cases; Millions of Surplus Vaccines Could Go to Waste 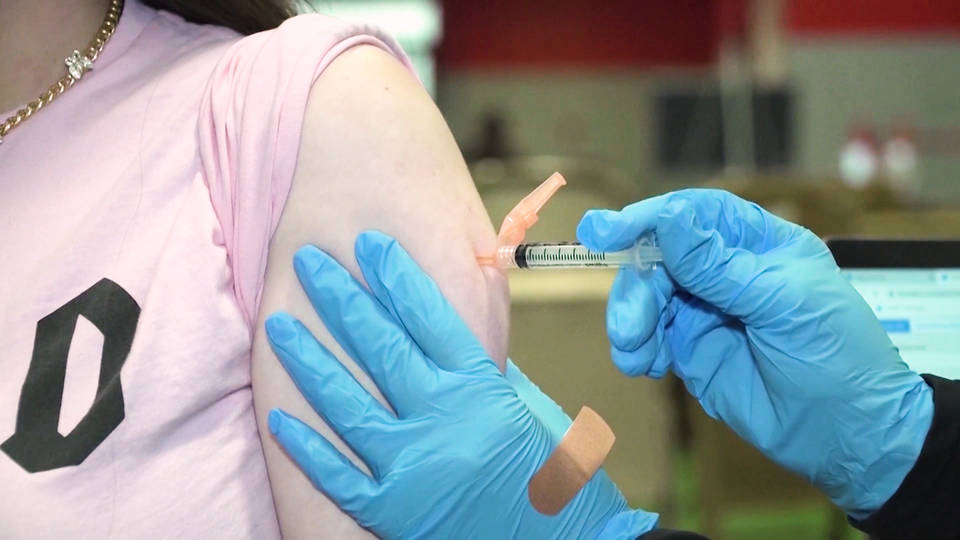 As coronavirus cases also continue to rise here in the U.S., the highly transmissible Delta variant now accounts for over 80% of new infections in the country. COVID-19 deaths also increased by nearly 50% over the past week. Oklahoma, Louisiana and Mississippi have recorded some of the highest recent surges in cases. This comes as millions of surplus vaccine doses are set to expire and likely go to waste. State health officials have repeatedly asked the federal government to donate the unused doses to other countries experiencing vaccine shortages, but those requests have been rejected. Senators Chris Murphy, Mike Lee and Bernie Sanders have introduced legislation to curb executive authority when it comes to going to war and massive weapons sales, giving more power to Congress to deliberate and approve such decisions. This is Senator Chris Murphy speaking Tuesday.

Sen. Chris Murphy: “This shift in national security power to the president has resulted in endless wars, reckless levels of arms sales and national emergencies that seem to have no termination.”

The National Security Powers Act would repeal the 1973 War Powers Act, which presidents have used to circumvent congressional support. It would also repeal existing war authorizations, cut funding for military operations that were not approved by Congress, and require most arms sales to be approved by the House and Senate. In New Jersey, dozens of immigrant justice advocates chained themselves together and blocked the entrance to an Immigration and Customs Enforcement “black site” in Newark for hours Tuesday morning. Protesters are demanding ICE end the transfer of people to jails in other states. This is one of the activists who joined yesterday’s action, Sergio Tupac Uzurin with NYC ICE Watch.

Sergio Tupac Uzurin: “We need to take direct action against Immigration and Customs Enforcement. They’re a rogue agency. They’re a fascist agency, in the sense that they act totally outside of the law and outside any bounds of morality, taking people, keeping them when they don’t have to, refusing to release them, playing games with them, playing games with people’s lives. And nine people died of COVID in ICE custody last year. And we’re here to shut them down. We’ll do whatever it takes, no matter what presidential administration is in office. They have to be completely abolished.” A federal judge has temporarily blocked Arkansas’ near-total abortion ban a week before it was set to go into effect, saying it was “categorically unconstitutional.” The law makes exceptions only if the pregnant person’s life is in danger, and disproportionately targets people of color, LGBTQ+ and low-income people. The Mexican state of Veracruz voted to decriminalize abortion, joining just three other localities that also allow the procedure up to 12 weeks of pregnancy: Mexico City, Oaxaca and Hidalgo. Veracruz feminist collective Las Brujas del Mar celebrated the news, adding, “Let’s go after the 28 states that are left.”

Protesters Call for Release of Afro-Indigenous Garífuna Leaders in Honduras 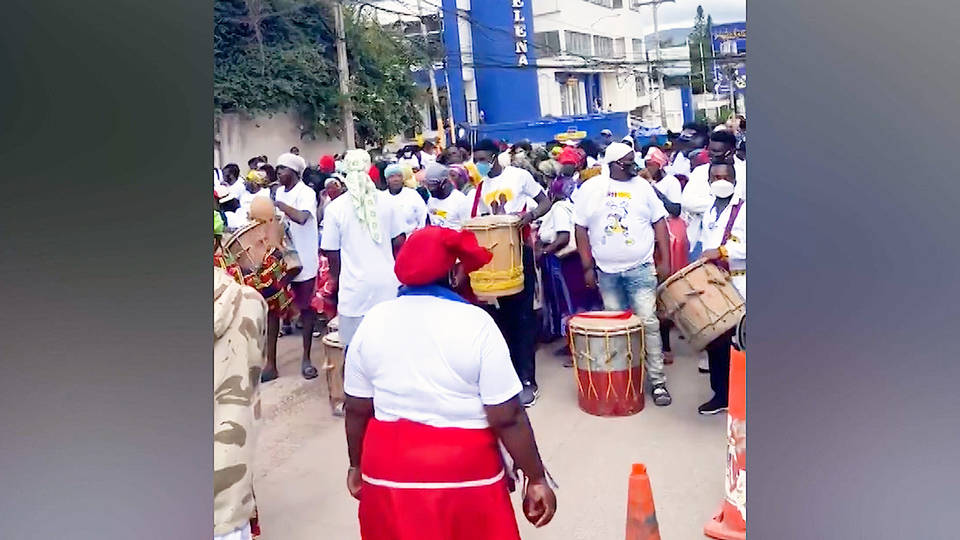 In Honduras, dozens of Afro-Indigenous Garífuna leaders and supporters took to the streets of the capital Tegucigalpa Tuesday demanding the safe return of four Garífuna land defenders who were abducted from their homes one year ago by men wearing police uniforms. All four men were members of the group Black Fraternal Organization of Honduras. Among them was community leader, 27-year-old Alberth Snider Centeno. 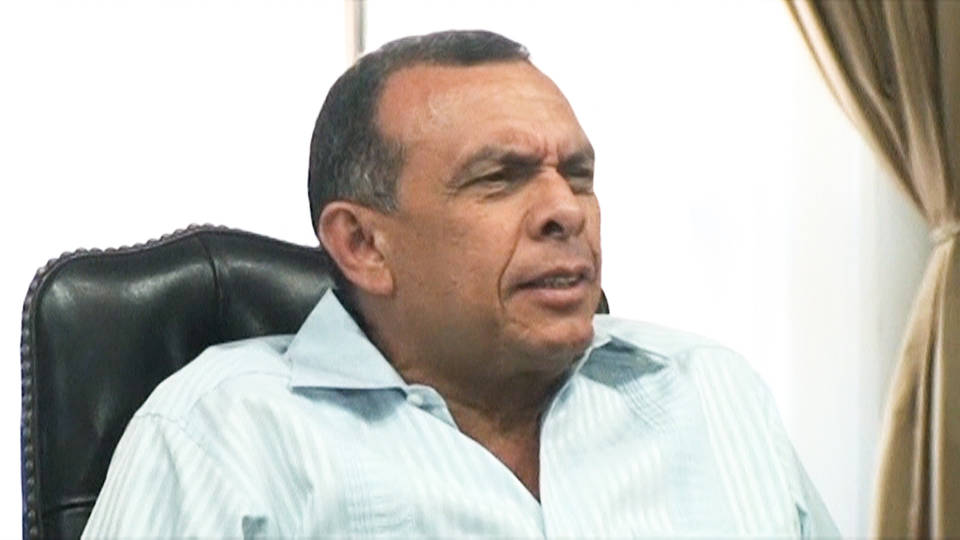 The U.S. State Department has banned former Honduran right-wing President Porfirio Lobo and his immediate family from traveling to the U.S. Lobo is accused of corruption and accepting bribes from drug traffickers. He rose to power in 2009 in a contested election that took place after a U.S.-backed military coup overthrew Honduras’s democratically elected leftist government that same year. Lobo was backed by the Obama administration. 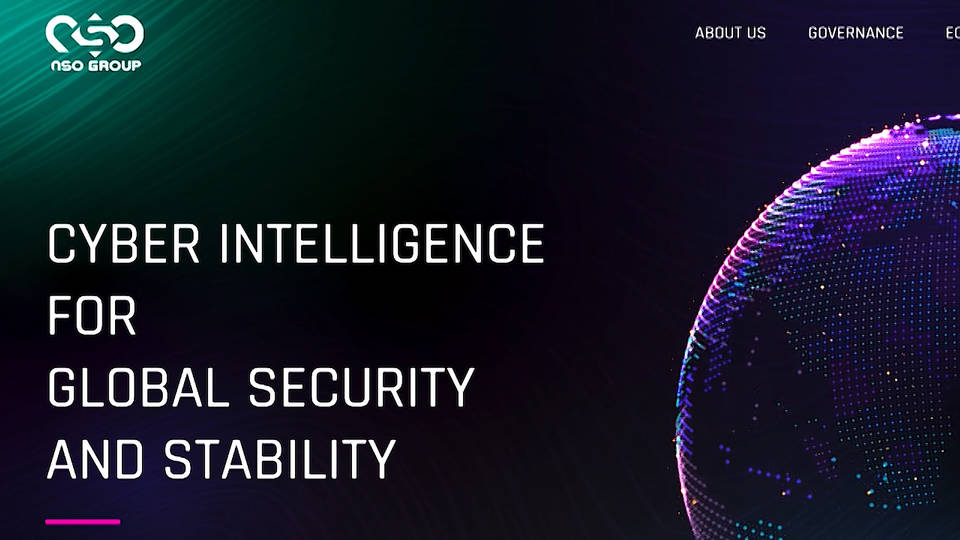 French President Emmanuel Macron has been identified as a potential surveillance target for Morocco in the major data leak of Israeli company NSO and its Pegasus spyware. Fourteen world leaders, including South African President Cyril Ramaphosa and Pakistani Prime Minister Imran Khan, appeared in the list of 50,000 phone numbers that were “people of interest” for NSO clients since 2016. 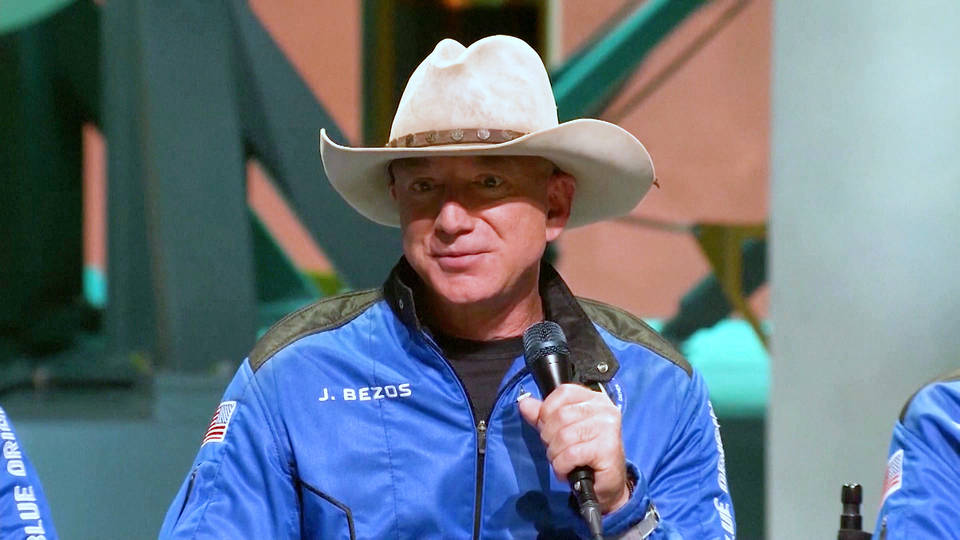 The world’s richest man completed a 10-minute suborbital flight aboard his Blue Origin spacecraft Tuesday. Jeff Bezos spoke at a news conference after his crew landed.

Bezos’s remarks drew sharp rebuke. Washington Congressmember Pramila Jayapal tweeted, “If Amazon paid its workers fairly and did not fight unionization, workers would not be funding the expensive hobbies of billionaires. They would be taking care of their families and living dignified and fulfilling lives.” She also noted that the 11-minute “joyride” cost over $2.5 million a minute. “Yes, it’s time to tax the rich,” she said. Meanwhile, Oregon Democratic Congressmember Earl Blumenauer is proposing a tax on commercial spaceflights that have no scientific value. “Space exploration isn’t a tax-free holiday for the wealthy,” said Blumenauer. Others drew attention to the environmental impact of recreational space exploration, with author and former Labor Secretary Robert Reich tweeting that the billionaire’s rocket launch emitted 200 to 300 tons of carbon dioxide per rider. Trump adviser and longtime ally Tom Barrack was arrested Tuesday and charged with failing to register as a foreign agent for the United Arab Emirates, conspiracy, obstruction of justice and making false statements to the FBI. The New York Times reported Barrack’s real estate company received some $1.5 billion in investments from the UAE and Saudi Arabia between Trump’s 2016 nomination and mid-2019. Barrack was chair of Trump’s inauguration committee. Disgraced Hollywood mogul Harvey Weinstein was extradited from New York to California, where he will face rape charges in a Los Angeles court. Weinstein, who is already serving a 23-year sentence for sex crimes in New York, is charged in multiple cases of rape involving actors and models at Los Angeles hotels. South Carolina State University is forgiving the loans of 2,500 former students who had to stop their studies due to financial hardship. The historically Black university said it would cancel nearly $10 million of student loans with stimulus money from the CARES Act and American Rescue Plan. Black students are disproportionately hit by the school debt crisis. 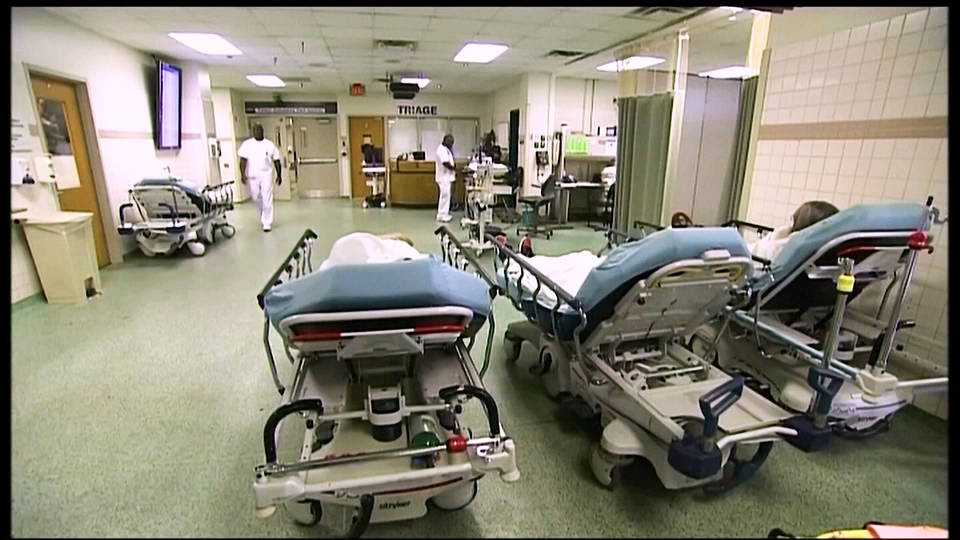 A new study in the Journal of the American Medical Association reveals that Americans now have over $140 billion in unpaid medical bills owed to collection agencies. The figure is nearly twice as high as the most recent data from several years ago. But the country’s total medical debt is even higher, as the $140 billion does not include bills owed directly to health providers or credit card debt from medical expenses. Republican-run states that chose not to expand Medicaid through the Affordable Care Act had the highest debts.