The next mayor of New York City will likely be the Brooklyn borough president and former police officer Eric Adams, according to a newly released tally in the Democratic primary race which accounts for most absentee ballots. Adams would be the city’s second Black mayor and ran to the right of his party, promising to tackle crime. Democracy Now! co-host Juan González has covered Adams for three decades and says Adams captured the votes of people concerned about an increase in gun violence and crime, which González suspects stems from police “standing down” in response to the movement to defund them.

Here in New York City, the Associated Press called the Democratic primary race to become the city’s next mayor for Brooklyn borough president and former police captain Eric Adams. The latest tally, which accounts for most absentee ballots, saw Adams edge out former Sanitation Commissioner Kathryn Garcia by one percentage point — that’s a little over 8,000 votes.

Adams, who would be the city’s second Black mayor, ran to the right of his party, promising to tackle crime. He’s also known for supporting charter schools and the real estate industry and taking on racism in the police department of New York.

Meanwhile, updated tallies in the City Council races show women are on track to represent a majority of the New York City Council for the first time ever.

Before we go to our final story, Nikole Hannah-Jones moving to Howard University, rejecting tenure from UNC, her alma mater, Juan, can you talk about the significance of Eric Adams winning the Democratic primary? He’ll then go up against Curtis Sliwa, the Republican choice.

JUAN GONZÁLEZ: Yes, Amy. Well, as we discussed a few weeks ago on the show, it seemed most likely that Adams would prevail, given his initial lead, and it turned out to be so in terms of the counts of the absentee ballots. It was a very close race, but, then again, there were many candidates in this race. So, I think he’s likely to become the second African American mayor in the history of New York City.

And as I mentioned before, I’ve known Eric Adams for about 30 years now. He was a big source of mine when I was a reporter on issues within the police department, and waged a valiant fight back in those days against racism and police abuse within the department, became increasingly conservative as he became a politician.

So, I think that — the real story here, I think, is that in the last year or two there has been a considerable increase in gun violence and crime across the United States. I believe a lot of it is police departments standing down in response to the massive public criticism around the country, and more and more guns being funneled into Black and Brown communities. And Adams then was then able to capture the majority of the Democratic electorate in the primary as a result of the concern that the “defund the police” movement was going too far and that the voters, especially in the Black and Brown communities, overwhelmingly supported him. So I think that that’s the key lesson from this. But I think that Adams will be not as conservative as a lot of people think, but definitely not nearly as progressive as some of the other candidates. 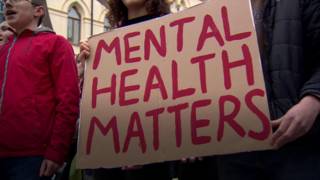