Olena Shevchenko, a Ukrainian human rights and LGBTQI activist, meant to spend March 8th, International Women’s Day, leading a mass protest in Kyiv as the chair of the Women’s March there. Instead, she was 300 miles west, hunkered down in Lviv, desperately trying to help others escape, as she just had, from the worsening Russian bombardment and armored ground invasion of Kyiv and countless other cities.

“You can imagine, for those people who don’t have any money in occupied cities, in Kharkiv and Kyiv, now in Mariupol, how they can get out. It’s almost not possible.” Olena said on the Democracy Now! news hour. She escorted her parents from Kyiv to the relative safety, for now, of Lviv, but fears for those who remain trapped in Ukraine’s many besieged cities. “At the [Kyiv] train station, this is obviously not even possible to get on the train, because the queues are like for two or three days. And the most — those of vulnerable communities, people with disabilities, for instance, women with children, they don’t have any chance to get on the trains, because there is a huge fight between those who want to leave Ukraine.”

In Lviv, Olena has access to electricity, the internet, and cell service (not to mention water and food) to coordinate escape for as many people as she can. But the number of Ukrainians needing help is simply overwhelming.

“I have so many stories now,” Olena continued. “I don’t know how to help them. We receive thousands of messages every day, and you just suffer because you can’t help anymore. You can help, I don’t know, 10, 20 people a day, but there’s thousands of requests.”

March 9th, the day after International Women’s Day, was particularly devastating. Russia bombed the southern port city of Mariupol’s child and maternity hospital. Based on available video that has filtered out, the hospital was effectively destroyed. At least three people were killed and 17 people were injured. The mayor of Mariupol has reported that at least 1,200 people have been killed there since the invasion began on February 24th. The dead are being buried in mass graves. Escape through negotiated “humanitarian corridors” has proven almost impossible amidst Russian shelling and landmines on the route.

Far from the smoldering remains of Mariupol’s maternity hospital, in Washington, DC, the House of Representatives passed a bipartisan $1.5 trillion omnibus spending bill, funding the federal government through September. It passed the Senate the next day. The bill includes $13.6 billion in emergency aid funds for Ukraine. It also includes the long-overdue reauthorization of the Violence Against Women Act, VAWA, as well as a sharp increase in military spending.

Some of the Ukrainian aid money will go to support the more than 2.2 million refugees who have fled the Russian invasion. Among those who support delivering aid is Rep. Ilhan Omar of Minneapolis, who fled war in Somalia as a child, and is the first African refugee ever elected to Congress.

“It’s heartwarming to see the incredible support from European countries, the United States and everyone around the world that the Ukrainians are experiencing as they flee war. Everyone fleeing war deserves this level of compassion and hospitality,” Rep. Omar said on Democracy Now! “There are people from Haiti, Central America, to Bangladesh, to Afghanistan, and so many other places that are being displaced…we know that it’s going to get worse as climate change gets worse. I hope that we seize this moment to really start enacting policies that treat all people who are fleeing war and devastation the same way that we are treating Ukrainians at this moment.”

International Women’s Day developed from the early women’s movements of the United States and Great Britain, in the fight for the right to vote and for decent working conditions. But it also has roots in Russia, when women were protesting for peace in the lead up to World War I. All too often, as men launch and fight wars, women and their children are the ones who suffer and die. 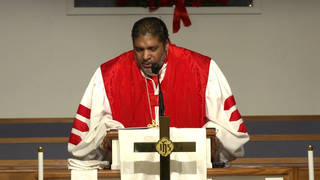