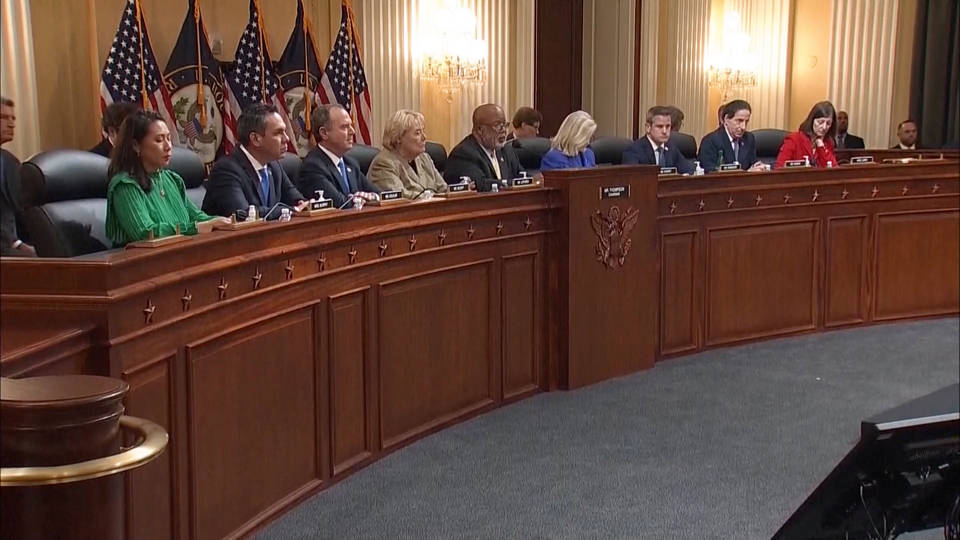 The House select committee investigating the January 6 insurrection is holding its fifth public hearing today. Democracy Now! will stream the hearing beginning at 3 p.m. Eastern at democracynow.org. The committee will focus on Donald Trump’s efforts to pressure the Department of Justice to overturn the 2020 election. Witnesses will include former acting Attorney General Jeffrey Rosen, who took the post following the resignation of William Barr.

The committee has pushed its next hearing back to July in order to give committee members more time to review a flood of new evidence into Trump’s coup attempt, including previously unknown video of Trump and his associates recorded by a documentary filmmaker before and after January 6. The filmmaker, Alex Holder, recently complied with a subpoena from the committee for his footage. He will be privately deposed by the committee today. The New York Times reports Holder’s video includes an interview from December 10, 2020, with Ivanka Trump in which she defended her father’s challenging of the election result. She said, “He has to take on this fight. Look, you fight for what you love the most, and he loves this country.” Her comment appears to contradict her testimony to the January 6 committee that she accepted William Barr’s assessment from earlier in December 2020 that there was no widespread election fraud.