We speak with one of the more than 650 workers calling on Google’s parent company Alphabet to protect the location and browser history of people searching for information on abortion. A petition led by the Alphabet Workers Union also demands the company block advertisements that misleadingly direct users to so-called crisis pregnancy centers, a tactic employed by anti-abortion activists to lure patients to discourage them from seeking abortions. “Systems like Google, that know everything about you, can now be used against you,” says Alejandra Beatty, technical program manager at Alphabet healthcare subsidiary Verily and southwest chapter lead with the Alphabet Workers Union. She says organizers are also asking Google to extend its abortion benefits — including relocation support for employees hoping to move to states where abortion isn’t criminalized, and travel and healthcare costs for any out-of-state abortion procedures — to contractors who make up about half of the company’s workforce.

More than 650 Google workers have signed a petition demanding the mega tech company protect the location and browser history of people searching for content and information on abortion from law enforcement agencies. The petition is led by the Alphabet Workers Union, which is also asking Google to extend its abortion benefits — including relocation support for workers hoping to move to states where abortion isn’t criminalized, and travel and healthcare costs for any out-of-state abortion procedures — to contractors, to stop donating money to politicians who supported the overturning of Roe v. Wade through Google political action committee NetPAC, and to block advertisements that misleadingly direct users to anti-abortion so-called pregnancy crisis centers.

This comes amidst mounting concerns police in states with abortion bans will use Google data to target and prosecute people seeking abortion. Just earlier this month in Nebraska, a mother and her teenage daughter were charged with felonies after the mother helped her daughter obtain a medication abortion. Authorities built their case in part on private Facebook messages between the mother and daughter, which were obtained through a warrant.

Welcome to Democracy Now!, Alejandra. Can you talk about what your demands are? Start off with this case that took place with the warrant that got the information, the conversation on Facebook between the mother and daughter, and how this has affected so many people.

ALEJANDRA BEATTY: [inaudible] important perspective to have. We are now in a situation where the information that you consider private, the data about yourself, and, unfortunately, the criminalization of pregnancy, now very much means that systems like Google, that know everything about you, can now be used against you. And that is a — it’s a crazy world to think that we are in that space, but it is where we are at now. So part of our petition demands are that we address this immediately. And we saw some addressing of these issues. We already saw Maps make a commitment to wipe out data should you visit a clinic. But there’s just so much more that has to be addressed, that we know that users expect privacy and expect their information to be secure, and we have to meet that need for them.

AMY GOODMAN: So, talk about the kind of information that Google has, for example, if you do a search on a medication abortion or you’re in a state like Texas and you have to go to another state, so you start searching for where abortion is legal. Explain what Google can do with this, and what you’re demanding they do.

ALEJANDRA BEATTY: Right. So, again, the systems are built on knowing everything about you. It’s part of how Google essentially makes money through ads. I actually did this myself recently, because I hadn’t yet experienced this, so I searched for abortions near a local city. And sure enough, when I looked at the results for them, I found clinics — things that call themselves clinics, but they weren’t actually clinics. They provided absolutely no medical services around abortion. And in fact, an ad even came up for one of them. Now, in this world where millions of people are now impacted and cannot find providers and clinics near them and have to travel out of state, the amount of disinformation that this provides is phenomenal to think about the impact that this has to people who are just looking for healthcare, and that the information that we have, basically, we know a lot about what you, in particular, do.

So this is part of what our demands are, is to work more on how do we protect user data. And in the case of searching for, essentially, fake clinics, they’re abusing the system. They are abusing a system that is meant to help provide information about websites equitably, make these accessible. But we believe that they’re violating policy by trying to pretend that they are something that they are not. And we have seen some groups in a Google attempt to start addressing these issues, but we really want to hone in on — it’s been two months. We need a solid response to this. This is a healthcare crisis that Google needs to figure out what can we do to provide the right kind of information to people when they need it, and now, at this point, figure out how do we obfuscate, encrypt and hide that information about you because you expect privacy. And if we don’t provide that kind of privacy, people will stop to use our systems. So, from that perspective, as well, need to address these issues. And we very much want to see the company treat it just as much as they did with the COVID response, where they said, “Everybody, let’s figure this out.” And that’s the kind of response that we want to see. We want to see a comprehensive program that addresses these problems.

AMY GOODMAN: Can you talk about the more considerable impact on LGBTQ rights, where gender-affirming care is now being attacked and criminalized in some states?

ALEJANDRA BEATTY: Exactly, right. This is just the tip of the iceberg. There is more to come. We are currently a very open system, in general, with all information. And to see people trying to say that we also need to hide information about abortion — it’s just healthcare. And we need to make sure that people are getting the right healthcare information and not being misled. It’s absolutely imperative that — when that comes to gender-affirming care, as well. We also want to see that extended to our contracting teammates, who make up, we think, almost half of the Google employee population. And they are not being extended the same coverage and same benefits. And many of them live in the very states that are actually impacted. So, we think that, from a mutual aid perspective, this must be addressed right away. And yet, here we are, two months into this, and they haven’t done anything yet.

AMY GOODMAN: So, you sent your petition to Sundar Pichai, the CEO of Alphabet, which is the corporation that — the umbrella corporation for Google, and other top execs. Has there been any response?

ALEJANDRA BEATTY: No, unfortunately, there hasn’t been. I checked my spam filters even. And I think that — I know that our demands are strong, but a lot of this is also about the systemic issues that we need to see addressed. That’s the money in politics part of our petition. We’re going to keep organizing, and we’re going to keep pulling in more co-workers. We’re amplifying a lot of voices that we’ve heard already of people very concerned about not only our employees, the users of our system. And again, how do we even get here? And how do we address these systemic issues?

AMY GOODMAN: Can you explain, Alejandra, what keyword subpoenas are?

ALEJANDRA BEATTY: Right. So, they’ve been actually used for a long time. And the whole idea is that, basically, because Google knows a lot about what users do on our system, down to they usually know that you made that search, it is possible for law enforcement to use that information to find what people do. In fact, there’s an interesting case, actually, here in Denver, where they were able to use a keyword search for somebody looking up a particular address to figure out who went to a house. In this case, what we are very likely to see is requests for keyword searches of “I’m searching for an abortion,” maybe also providing that information in other search results, that we believe that that’s very likely going to start to happen more and more as people look to criminalize pregnancy, and not just be searching for providers but actually searching for those who are just seeking it out.

AMY GOODMAN: Finally, what will be the response — I mean, more than 650 have you, of Alphabet workers, have signed this petition — if you don’t get a response?

ALEJANDRA BEATTY: Well, we’ve been organizing for more than a year and a half, amplifying employee voices. We’re going to continue to work on that. We’re starting to collaborate with other unions, because we believe this needs to be a national response. This is absolutely a labor issue. It’s an impact to our healthcare rights, and we must protect those. And we’re going to continue to bring more people on to figure out: What do we do about this? How can we listen to the employees, who know a lot about these systems, who know where the information is and what’s really the right way to fix these problems? And I will put out a call to all fellow employees: Join us. This is the time. This is when we need you. Don’t wait.

AMY GOODMAN: On that note, Alejandra Beatty, I want to thank you for being with us, southwest chapter lead with the Alphabet Workers Union, speaking to us from Denver. I’m Amy Goodman. Thanks for joining us. 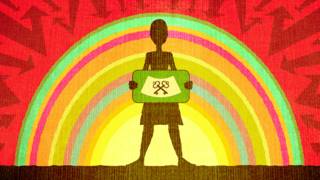