Over 200 Arrested as Peruvian Police Violently Raid University in Lima 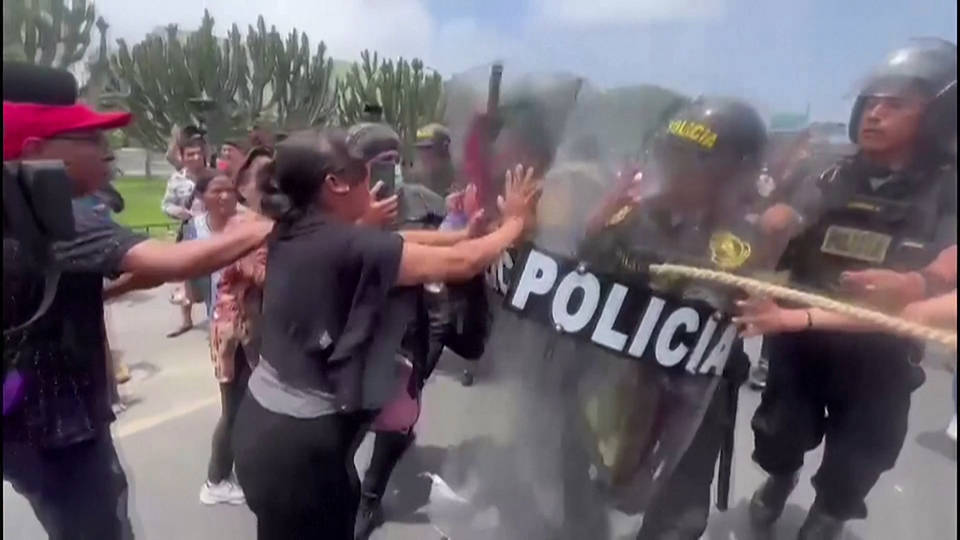 In Peru, police raided a university in Lima Saturday and arrested some 200 anti-government demonstrators. Peruvian security forces smashed down the gates of San Marcos University with armored vehicles, fired tear gas, kicked, punched and assaulted protesters with batons. Protesters are demanding interim President Dina Boluarte step down, after weeks of violence following the ouster of leftist President Pedro Castillo last month. Protesters took to the streets before the detainees were released Sunday.

Meanwhile, Peru has indefinitely shut down Machu Picchu, the sacred, ancient Inca city and popular tourist attraction, amid the ongoing protests. Over 50 people have been killed in clashes with Peruvian security forces.