Acres of Skin is a disturbing expose, set in Philadelphia’s Holmesburg prison.

From the early 1950s through the mid-1970s, Holmesburg’s inmates were used, in exchange for a few dollars, as guinea pigs in a host of medical experiments.

Hundreds of prisoners were used to test products from facial creams and skin moisturizers to perfumes, detergents, and anti-rash treatments. Other experiments used the inmates as test subjects for far more hazardous, even potentially lethal, substances such as radioactive isotopes, dioxin, and chemical warfare agents.

Based on in-depth interviews with dozens of prisoners as well as the doctors and prison officials who, respectively, performed and permitted these experiments, Hornblum paints a disturbing portrait of abuse, moral indifference, and greed. Central to this account are the millions of dollars many of America’s leading drug and consumer goods companies made available for the eager doctors seeking fame and fortune through their medical experiments.

NOTE: At the end of this story, Mr. Hornblum reads a quote from a study he credits to Dr. Ackerman. In fact, the report is by Dr. Kligman.
.
.
. 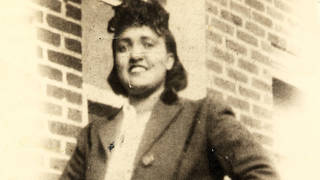