The Supreme Court has denied an appeal from the journalist and former Black Panther Mumia Abu-Jamal. On Monday, the court rejected without comment Abu-Jamal’s bid to overturn his conviction for the 1981 killing of a white police officer following a controversial trial before a predominantly white jury. Abu-Jamal contends the case was marred with racial bias, including the deliberate exclusion of blacks from the jury. “It shows you that precedent means nothing, that the law is politics by other means,” Abu-Jamal said in response to the ruling. [includes rush transcript]

AMY GOODMAN: The Supreme Court has denied an appeal from the journalist and former Black Panther Mumia Abu-Jamal. On Monday, the court rejected without comment Abu-Jamal’s bid to overturn his conviction for the 1981 killing of a white police officer following a controversial trial before a predominantly white jury. Abu-Jamal contends the case was marred with racial bias, including the deliberate exclusion of blacks from the jury.

The ruling leaves in place a federal appeals court ruling upholding Abu-Jamal’s conviction. Prosecutors, meanwhile, are now trying to appeal a separate ruling for a new sentencing hearing because of flawed jury instructions. If re-sentenced, Abu-Jamal will face either death or life in prison without parole.

For more on the case, I’m joined now by Vincent Southerland. He is assistant counsel at the NAACP Legal Defense Fund and a member of Mumia Abu-Jamal’s legal team. He joins me from the Democracy Now! studio in New York. And on the phone in New York is Christina Swarns. She is counsel for Mumia Abu-Jamal at the NAACP Legal Defense Fund. She spoke to Abu-Jamal after Monday’s ruling.


VINCENT SOUTHERLAND: Well, good morning, Amy. Thank you for having me.


What this ruling really means is that one of Mr. Abu-Jamal’s strongest — what we thought was one of his strongest claims for relief has completely been denied by the Supreme Court. Essentially, as you said, he was contesting the discriminatory selection of jurors during his 1981 trial — 1982 trial, excuse me. And there was — despite the fact there was overwhelming evidence that the district attorney’s office of Philadelphia engaged in discriminatory selection practices with respect to the jurors on Mr. Mumia Abu-Jamal’s case, the Supreme Court decided that they didn’t want to hear the case, his appeal. Essentially, Mr. Abu-Jamal’s trial prosecutor used eleven out of his fifteen peremptory challenges, that is, challenges to strike jurors, and struck jurors of African American descent. And ultimately, he was tried before a jury of ten whites and two African American jurors.


AMY GOODMAN: Christina Swarns, you spoke to Mumia Abu-Jamal after the White House — after the Supreme Court ruling on Monday. What did he say?


CHRISTINA SWARNS: He was obviously both surprised and disappointed by the outcome of the case. You know, he recognizes that the outcome of his case impacts not only himself, but obviously a lot of other death sentence prisoners and really, you know, not just death-sentenced, a lot of other convicted people in the Third Circuit and in Pennsylvania, Delaware and New Jersey and throughout the country. So he realizes that the unfortunate decision of the Third Circuit will not be reversed, and not only will he not be able to explore, you know, the issues that Vincent talked about in terms of the discrimination in his case, it’s going to prevent a lot of other people from getting to look at evidence of racial discrimination in their cases. And I think on both fronts, he’s very disappointed.


AMY GOODMAN: Vincent Southerland, can you explain what the Batson case is?

was essentially a case that was decided by the Supreme Court in 1986, and it essentially lowered the standard, in one respect, for counsel to even ask the question as to whether or not discrimination in jury selection had taken place. Essentially, when defense counsel or a prosecutor, in some cases, sees a pattern of discrimination, a pattern of strikes during the course of jury selection, that attorney has a right to then question the court, to ask whether or not the other counsel is using those strikes in a discriminatory manner.


AMY GOODMAN: I wanted to turn to Mumia Abu-Jamal in his own words now. On Monday, he spoke to Noelle Hanrahan of the Prison Radio Project shortly after the Supreme Court decision.


MUMIA ABU-JAMAL: Well, all I know is, you know, what Christina told me, so there’s nothing. There’s nothing to read. There’s no order, other than my name is on a list of cert denied.

NOELLE HANRAHAN: You said, when I just first talked to you, something about it’s another day, and how many days?

NOELLE HANRAHAN: When did you stop being surprised?

MUMIA ABU-JAMAL: When I was at pretrial hearing before Judge Sabo, and he denied the motion. I knew then that he wasn’t working with the Constitution. It did surprise me, and it really shocked me, because, you know, I had read the cases. I knew what the law was. I knew what the law books said the law was. I learned then that they’re not going by that kind of law. And apparently they’re not going by that kind of law now. You know, if you read Batson and you read my case, then it’s almost as if you’re in two different universes. And, in fact, you are. You are.

NOELLE HANRAHAN: Are there different rules for what type of people?

MUMIA ABU-JAMAL: Well, there’s always been different rules for black people. You know. If you read Batson, what will surprise people who have never done so, it has nothing to do with the accused, the defendant, the person on trial. Batson, in its own terms, says it protects the rights of those people who are allegedly American citizens, who are denied the right to serve as jurors. That’s what it says. That’s what it says. But, in fact, you know, how does it do that, when it allows people to be removed, after Batson became law, for spurious reasons? You know, Batson

can be bested and beaten by exactly the way the DA’s office said it could be beaten: by lying and getting up and saying, “Well, no, we didn’t have any racist reasons.”

AMY GOODMAN: Mumia Abu-Jamal, speaking from death row to Noelle Hanrahan of Prison Radio, based in San Francisco. Christina Swarns, at this point, what happens? What about re-sentencing? What are the next steps in this case? There’s still another appeal being heard, is that right?


CHRISTINA SWARNS: Yes. Well, two things. Robert Bryan is actually lead counsel for Mumia Abu-Jamal. Vincent and I work for the Legal Defense Fund, and we served as friends of the court supporting their case. Mr. Bryan has informed us, and, of course, we fully agree, that he should and will seek rehearing in the Supreme Court, asking them to reconsider their decision rejecting Mr. Abu-Jamal’s Batson claim. If that is denied — and I will say that those are very rarely granted — then we will have to wait for the Supreme Court to rule on the state’s appeal of the decision throwing out Mr. Abu-Jamal’s death sentence.


If the Supreme Court leaves in place the decision that threw out Mr. Abu-Jamal’s death sentence, then it will — the case will return to Philadelphia trial court, and the district attorney, as you mentioned before, has the right, you know, to impanel a new jury and again ask them to decide as between life and death.


Additionally, I know that Mr. Bryan and all the other lawyers involved in this case will obviously look it over and see whether there are any other avenues for successes, meaning secondary or third round of appeals in this case, and we’ll just basically regroup and see what can be done.


AMY GOODMAN: Well, I thank you both for being with us, Christina Swarns and Vincent Southerland. They’re both with the NAACP Legal Defense Fund, responding to the latest Supreme Court decision around Mumia Abu-Jamal. Actually, he has a new book out. It’s called Jailhouse Lawyers: Prisoners Defending Prisoners v. the USA. And, of course, we’ll continue to follow this case.

A Roundtable of Local Florida Journalists on the Future of Newspapers, the Role of Community Media and Cubans in Florida

NEXTA Roundtable of Local Florida Journalists on the Future of Newspapers, the Role of Community Media and Cubans in Florida 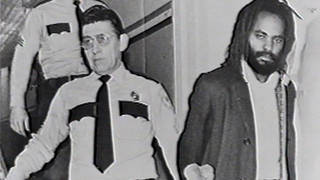