The U.S. Supreme Court on Monday refused to hear the appeal of well-known Georgia death row prisoner Troy Anthony Davis, likely setting the stage for Georgia to schedule his execution. Davis was convicted in the 1989 killing of off-duty white police officer, Mark MacPhail. Since then, seven of the nine non-police witnesses who fingered Davis have recanted their testimony. No physical evidence ties Davis to the crime scene. With his legal appeals exhausted, Davis’s fate rests largely in the hands of Georgia’s Board of Pardons and Parole, which could commute his death sentence and spare his life. We speak with Troy Davis’s sister, Martina Correia. “No one wants to look at the actual innocence, and no one wants to look at the witness recantation as a real strong and viable part of this case,” Correia says. “I think there needs to be a global mobilization about Troy’s case.” [includes rush transcript]

StoryJul 16, 2007Is Georgia About to Execute an Innocent Man? The Story of Troy Davis

AMY GOODMAN: On Monday, the U.S. Supreme Court refused to hear the appeal of the well-known Georgia death row prisoner Troy Anthony Davis, likely setting the stage for Georgia to schedule his execution. Troy Davis was convicted in 1989 of killing an off-duty white police officer, Mark MacPhail. Since then, seven of the nine non-police witnesses who fingered Davis have recanted their testimony. There’s no physical evidence that ties Davis to the crime scene.

His case has garnered widespread national and international support from figures like Pope Benedict, Archbishop Desmond Tutu, former U.S. President Jimmy Carter, all calling for clemency in his case. John Lewis, the congressman from Georgia, has also weighed in. With his legal appeals exhausted, the fate of Troy Davis rests largely in the hands of Georgia’s Board of Pardons and Parole, which could commute his death sentence and spare his life.

Earlier this month, federal regulators seized Georgia’s entire stockpile of sodium thiopental, a sedative used to carry out lethal injections. This means even if the state sets a date for Troy Davis’s execution, it can’t carry it out until the Drug Enforcement Administration concludes its investigation or Georgia switches to another drug.

For more on these developments, I’m joined now by Troy Davis’s older sister, his staunchest defender, Martina Correia. She’s an anti-death penalty activist. She’s in Savannah, Georgia. She’s joining us on the Democracy Now! video stream from her home.

Martina, welcome to Democracy Now! Talk about this latest development, enormous setback for Troy, the Supreme Court refusing to hear his case.

MARTINA CORREIA: Yes, good morning, and thank you for having me.

We were really shocked and appalled yesterday when we received the news that the U.S. Supreme Court had denied Troy’s petition for a new trial and denied the petition to ask the lower courts to at least look at the new evidence. And so, you know, it was a total setback and shock to the attorneys, as well, because when the U.S. Supreme Court deemed in June of 2010 that the lower courts in Savannah should listen to the new evidence, they let one judge decide whether or not he felt he believed the new evidence enough to give Troy a new trial. And, you know, what this did was it set the stage, because they brought Troy back to the same community, same court system, same prosecutor that actually had convicted him initially. And so, when you walked into the courtroom, the judge had a demeanor that no matter what Troy’s lawyers had to present, no matter what the witnesses had to say, he already had a predisposed decision about denying Troy.

And then, when he sent that information to the U.S. Supreme Court, the U.S. Supreme Court — of course, the Court has changed its dynamic a little bit — has refused to hear the case, because everyone just keeps passing this, and no one wants to look at the actual innocence, and no one wants to look at the witness recantation as a real strong and viable part of this case, even though new witnesses have come forward. They were actually criminalized in the hearing in June and made to feel ostracized by coming forward. And it was really amazing, because the police officer who testified at the hearing could not remember anything about the case, and they actually had selective amnesia. So the judge said that he would believe the police officers over recanted testimony of any witnesses. So, it didn’t matter what we had to say or what we had to do, the judge had already predisposed his self against Troy.

And so, when we went back to the U.S. Supreme Court, we were hoping that they would give us some relief, because the judge did not even follow directions given by the Court. But the Court again decided that it doesn’t want to handle the case, and it just wants to pass the buck. So they did not deem to hear the case nor ask the lower courts to hear the case.

AMY GOODMAN: Martina, what was the most compelling new evidence that you felt needed to be heard?

MARTINA CORREIA: Well, there were three new witnesses who had heard Sylvester “Red” Coles, the other person involved in the case, who he had confessed to and that he had been bragging about killing a police officer. And two of these people had no criminal history. And, you know, the judge, when they got up on the stand, the judge was like, “You know, if you’re another witness going to get up here and say Sylvester Coles did it, you know, if Sylvester Coles is not here, how can we take your word over his?”

So, you know, they —- one person had come from the hospital, having surgery, just to testify, and her voice was a little low because she had surgery on her throat. And the judge was like, “If you can’t speak louder, we’re not going to listen to your testimony.” And she was like, “I just got out of the hospital. This is the loudest I can speak.” Of course, we could hear her. But, you know, it was like the judge didn’t want to hear anything anybody had to say. And a lot of people -—

AMY GOODMAN: Martina, we have 10 seconds. What do you think needs to be done right now?

MARTINA CORREIA: I think there needs to be a global mobilization about Troy’s case, and the fact that in the United States it’s not unconstitutional to execute an innocent person needs to be addressed once and for all by the U.S. Supreme Court. And I think that we should get as many people involved, pro- and non-death penalty people, to stand up and say, “This is not why we support the death penalty. Killing innocent people does not bring justice to be either family.”

AMY GOODMAN: People can go to our website at democracynow.org for the whole archive of coverage of Troy Davis’s case. Martina Correia, thanks for joining us.

Is Georgia About to Execute an Innocent Man? The Story of Troy Davis 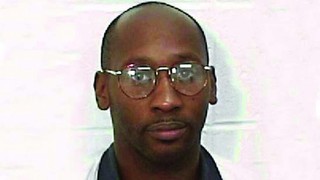 Is Georgia About to Execute an Innocent Man? The Story of Troy Davis