During this year’s election, political analysts estimate as much as $5 billion will be spent on TV campaign advertising. Now, a new ruling by the Federal Communication Commission requires broadcasters to post political advertisement data online, making it easier for the public to see exactly who is buying those ads. We speak with Robert McChesney, co-founder of the national media reform organization Free Press, and Justin Elliott, a reporter at ProPublica working on a project called “Free the Files,” that asks people and journalists across the country to visit TV stations, acquire paper data on political ads, and then post the files online at ProPublica.org. [includes rush transcript]

JUAN GONZÁLEZ: Ending a yearlong campaign and week-long farewell, former House Speaker Newt Gingrich formally terminated his presidential candidacy Wednesday in Arlington, Virginia. However, Gingrich is likely to remain a familiar face if a new online advertisement by Obama’s re-election campaign is any indication. The advertisement strings together some of Newt Gingrich’s criticism of Mitt Romney expressed earlier in the Republican primary season. This is a part of that ad.

NEWT GINGRICH: As a man who wants to run for president of the United States who can’t be honest with the American people, why should we expect him to level about anything if he’s president? You certainly have to say that Bain, at times, engaged in behavior where they looted a company leaving behind 1,700 unemployed people. There was a pattern in some companies, a handful of them, of leaving them with enormous debt, and then, within a year or two or three, having them go broke. I think that is something he ought to answer. I don’t know of any American president who’s had a Swiss bank account; I’d be glad for you to explain that sort of thing. The Romney machine can drive down turnout. It can run over opponents with negative ads. It doesn’t seem capable of inspiring positive turnout. And the result is, I think, very, very worrisome if you’re thinking about the fall campaign.

AMY GOODMAN: That was an excerpt of a new online advertisement by President Obama’s re-election campaign. During this year’s election, political analysts estimate an unprecedented $3.2 billion will be spent on TV campaign advertising. Well, late last month, the Federal Communications Commission, or FCC, voted two to one to require broadcasters to post political ad data on the web, making it easier for the public to see exactly how those dollars are spent on TV advertising in this election and who’s spending it.

For more, we’re joined now from Madison, Wisconsin, by Robert McChesney, co-founder of Free Press, the national media reform organization, author of a number of books on media and politics. And here in New York, we’re joined by Justin Elliott, a reporter at ProPublica who has been working on a project called “Free the Files” that asks online contributors to visit TV stations, acquire the paper data on political ads, and post—they will post the files online. Shortly after the FCC ruling, he wrote a piece called ”FCC-Required Political Ad Data Disclosures Won’t Be Searchable.”

We welcome you both to Democracy Now! Justin Elliott, explain the significance of this not-very-well-covered FCC ruling. Is it a surprise it wasn’t very well covered by the very media that it will affect, the TV networks?

JUSTIN ELLIOTT: Right. Well, most of the big media corporations in the country were actually lobbying against this pretty vigorously at the FCC. Whether or not that related to coverage, it’s—you know, it’s impossible to prove.

But the significance of this is, this political ad information, it shows you who’s buying ads, how much they’re paying, when they’re running, whether or not the stations accepted ad buys from different campaigns. It’s been public for years, but it’s been stuck on paper files at stations. You literally have to go look at it, pay to make copies if you want copies. So now it’s going to be going online. This election, it will only be in the top 50 markets, and then other stations will have two years to come into compliance. So it’s pretty significant.

AMY GOODMAN: And what’s the information that’s going to come out?

JUSTIN ELLIOTT: Well, the information, I mean, it gets on a really granular level of which campaigns and super PACs and other outside groups are buying ads. It also shows you whether the stations are accepting ads from different groups or rejecting them. The reason that’s important is that stations legally have to give equal opportunity to different candidates to buy ads. They can’t show favoritism in who they sell ad time to. They also legally have to give campaigns the lowest rates on advertising. That’s a measure to keep the cost of political campaigns down. So this should also shed light on whether or not they’re fulfilling those obligations.

JUAN GONZÁLEZ: Because it will actually show the rates that they’re charging?

JUSTIN ELLIOTT: Yeah, it shows, on an ad-by-ad level, you know, whether, say, the Obama campaign bought an ad during Judge Judy, how much they paid for it. These files are updated immediately. So, I mean, we hear a lot about how much money the campaigns are raising, who’s giving them money. This is really where the majority of the money is going, towards campaign advertising, which right now is kind of in the dark.

JUAN GONZÁLEZ: But now this will only affect the broadcast networks, not cable television at all, right?

JUSTIN ELLIOTT: Right, this is only for the broadcast networks, though that is where the majority of ad dollars are spent on—for campaigns.

AMY GOODMAN: Robert McChesney, you’ve been writing about this for a long time, about media and money. Give us examples of how the landscape has changed dramatically and what you expect this year. I think Justin said something like $3.2 billion expected to be spent. You’re talking about $5 billion.

ROBERT McCHESNEY: Well, no one knows the numbers, and as Justin pointed out, we’re now going to have a chance to get a better sense of what the actual numbers are, since so much of this money is being spent by loosely regulated super PACs as a result of Citizens United.

I think that the crucial point is—that comes out of this extraordinary victory, and it is a great victory—is that the commercial broadcasters in this country, which get their broadcast licenses for free, monopoly licenses to serve the public, opposed getting this—making this information accessible to people, because it sort of showed the dirty game that’s developed in this country. Twenty years ago, the average commercial television station got 2 or 3 percent of its revenues from candidate ads and actually had local news coverage on their station. Today, depending on the state you’re in, it looks like the average commercial television station, these 50 big market network stations, will have anywhere from 15 to as much as 30 percent of their revenues just from political candidate ads, and they’re doing far less coverage of politics whatsoever. So we’re getting inundated with inane advertising, and we’re having very little journalism. What little journalism we do get tends to be just monitoring the ads and sort of cheering them on.

JUAN GONZÁLEZ: Well, Bob McChesney, isn’t it, in essence, a relationship between the coverage and the advertisements, that the degree that the stations provide less coverage of political campaigns, it requires the politicians then to somehow get their message out one way or another, so the stations have, in essence, a vested interest in terms—economically, in less political coverage?

ROBERT McCHESNEY: Absolutely. It’s just logic of business that they would do this. I had a friend who was running for governor in a Midwestern state as a Democrat, who went around the state, and he wasn’t getting any television coverage. And he finally complained to the manager of a station. And they said, “You want to get coverage? Buy an ad.”

AMY GOODMAN: There’s been an interesting report in the Committee to Protect Journalists—or, rather, the Columbia Journalism Review, looking at just one relatively small race, the Pennsylvania congressional primary between Democrats. Journalist Ken Knelly provided a comprehensive analysis of the local TV news coverage compared with the amount of political ads that ran on the same TV stations. His headline says it all: “28 hours of political ads (and a few minutes of news).” There were 3,300 ad spots run on the stations serving the predominantly Democratic district. Lost in the hours of ads, Knelly writes, was “very occasional” news reports on the race, and even those news reports had very little substance.

ROBERT McCHESNEY: I think that’s the pattern everywhere. I mean, all the research shows this. I don’t think there’s any listener or viewer of Democracy Now! who would say, “No, that’s not the case in my town. We’re really doing a great job here.” We’ve seen a complete falloff of coverage in news media of elections. We’re in a situation now, Juan and Amy, where we’ve got lots of statewide elections that will be virtually no coverage whatsoever, that people will be voting for people they have no idea about, except possibly through advertising, and even then, they might—if they’re, you know, avoiding the ads, they might not even have that.

JUAN GONZÁLEZ: Justin Elliott, I’d like to ask you about the vote itself. It was a two-to-one vote in the FCC? Aren’t there other members on the FCC?

JUSTIN ELLIOTT: Actually, there are—there are two members who are waiting confirmation in the Senate. Right now it’s only three members. It was a party-line two-to-one vote. The Republican dissented. And as Bob mentioned, I mean, the industry really launched a pretty aggressive lobbying effort against this. A lot of the biggest names really in journalism—I mean, News Corporation; Walt Disney, which owns ABC; NBC; the broadcast division of the Washington Post — a lot of these companies also own major newspapers—they were first lobbying to kill this rule. When it got up close to the vote, they made a counterproposal to water it down. The FCC rejected that, but the National Association of Broadcasters, which is the powerful industry trade group in Washington, has said that they’re looking at their options, and some people think they might file a lawsuit, which could theoretically hold this up, but we don’t know yet.

JUAN GONZÁLEZ: So this is the media fighting against greater public disclosure.

JUSTIN ELLIOTT: The companies that own the media.

JUAN GONZÁLEZ: That own the media.

AMY GOODMAN: So, Justin, you’re calling on people to go to all these stations?

JUSTIN ELLIOTT: Yeah, so my colleagues at ProPublica are asking people—you know, other journalists, journalism students, readers—to go to the stations, especially once this ruling goes into effect, which is expected sometime later this campaign. It will be stations outside the top 50 markets that the rule won’t apply to at first. Go to the stations. You don’t need an appointment. Ask for the political file. Make the copies, scan them in, send them to us. And we’re going to be posting them online. It’s called “Free the Files,” if you go to ProPublica.org. Click on that. 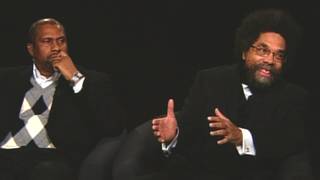