Police in Colorado have revealed Aurora shooting suspect James Holmes detailed his planned massacre more than a week before the attack occurred. An unopened package sent by Holmes and recovered at a University of Colorado mailroom contained illustrations and notes about killing a large number of people. Among the weapons seized from Holmes were two .40 caliber pistols, a Glock G22 and a Glock G23; a Smith & Wesson M&P .223 caliber semiautomatic rifle; and a Remington 870 Express Tactical 12-gauge shotgun. We speak to Paul Barrett, author of the book, “Glock: The Rise of America’s Gun.” [includes rush transcript]

AMY GOODMAN: Police in Colorado have revealed Aurora shooting suspect James Holmes detailed his planned massacre more than a week before the attack occurred. An unopened package sent by Holmes and recovered at a University of Colorado mailroom contained illustrations and notes about killing a large number of people. Among the weapons seized from Holmes were two .40 caliber pistols, a Glock G22 and a Glock G23; a Smith & Wesson M&P .223 caliber semiautomatic rifle; and a Remington 870 Express Tactical 12-gauge shotgun.

To talk more about the Aurora shooting, we’re staying with Paul Barrett. His latest book is called Glock: The Rise of America’s Gun.

Paul, horrifying, as we learned of the news early Friday morning of this massacre that’s taken the lives of 12 people and wounded, wounded many others, you have been looking at guns in this country for a long time.

PAUL BARRETT: Yes, and this terrible episode illustrates the limits of the regulations that we now have for the dissemination of firearms to private individuals. By that, I mean the killer in Colorado acquired all four of his weapons in the months before the massacre, and he did so legally. He did so within the law. This was not a case of activities on the black market. It was not a case of someone going to a shadowy gun show and buying guns under the table in some way. He went into a store. The computerized background check was run. He came up clean, because apparently he has no criminal record. And the firearms were put in his hands, as were the thousands of rounds of ammunition.

AMY GOODMAN: This latest news of this mailroom—

AMY GOODMAN: —letter, horrifying. It was sent well before.

AMY GOODMAN: If whoever it was meant for had only opened it.

PAUL BARRETT: Right. You know, that points to another fascinating and troubling issue, which is that of mental illness and whether this particular character possibly could have been caught and stopped and marginalized before the event happened. Clearly, if someone had seen his apparent plan, as has been described, this notebook which described a mass killing, it’s certainly possible that—you know, that if that were brought to law enforcement, that law enforcement would have gone and questioned him and perhaps discovered what was in the works.

But it also points to the difficulty in identifying people who are—who may be mentally ill, certainly, you know, might be sick combined with some fundamental evil in their soul, the difficulty in identifying them beforehand, because if they’re not behaving in a florid, outward way, running around and shouting to the heavens about how they’re going to kill people, it’s hard to know who might go off the deep end like that.

AMY GOODMAN: Well, what about cuts in services for mental health in this country?

PAUL BARRETT: Well, you know, I think that that is something that is horrendous. I think we need more mental health treatment, not less. But before you can have treatment, you’ve got to get the sick individual, you know, into the treatment center. If someone’s going to be—

AMY GOODMAN: But we don’t know at this point what involvement he had with the mental health services—

AMY GOODMAN: —of the university or wherever.

PAUL BARRETT: But that’s—you know, that’s the question. I mean, is—you know, even in a situation where someone is getting mental health treatment, it’s a big leap between that status and having that person involuntarily committed. I mean, this is a man who, at least at some level, wanted to kill a lot of people. And if he was not volunteering himself, you know, for incapacitation, it’s not 100 percent clear to me what we would have done.

AMY GOODMAN: This is something you’ve chronicled for a long time.

AMY GOODMAN: And, of course, in television, the outrage of the NRA spokespeople saying, “How dare you politicize this, even before the bodies are buried—

AMY GOODMAN: — “by raising the issue of gun control?”

PAUL BARRETT: Right. Well, the NRA—and gun rights proponents, generally—have been phenomenally successful in the last decade, the last dozen years, in basically marginalizing the gun control movement and making it almost impossible at the federal level for there to be even discussion about stricter gun control, let alone the enactment of any new laws. All the movement in our country at the federal level and in the states around the country has been toward loosening gun control laws. It is now easier to carry a handgun, concealed, than it was before. From 1994 to 2004, we had certain restrictions on military-style semiautomatic rifles. We had certain restrictions on large-capacity magazines. Those have expired. So, as I say, all the movement is in favor of loosening regulation of guns and promoting Second Amendment rights.

AMY GOODMAN: I wanted to go to President Obama speaking on Wednesday in Louisiana, saying he plans to tackle U.S. gun violence in the shooting’s aftermath.

PRESIDENT BARACK OBAMA: A lot of gun owners would agree that AK-47s belong in the hands of soldiers, not in the hands of criminals, that they belong on the battlefield of war, not on the streets of our cities. I believe the majority of gun owners would agree that we should do everything possible to prevent criminals and fugitives from purchasing weapons, and we should check someone’s criminal record before they can check out a gun seller, that a mentally unbalanced individual should not be able to get his hands on a gun so easily. These steps shouldn’t be controversial; they should be common sense.

AMY GOODMAN: Right after the massacre, both Romney and President Obama said that the current laws should be able to deal with what took place—

AMY GOODMAN: —even as people like Carolyn McCarthy, whose husband was killed in the Long Island Rail Road massacre, Congress member from Long Island, New York, has bills in Congress to start dealing with these magazines that can kill endlessly if they don’t jam.

PAUL BARRETT: I mean, I think it was tremendously significant that, immediately after this most recent massacre, the president’s chief spokesman, when asked about what the president intended to do, the very first words out of his mouth, literally, were “We intend to protect Second Amendment rights.” In other words, it was kind of a non sequitur. People said, you know, “Do we need to restrict guns further?” And he said, “We want to protect Second Amendment rights.” That shows—for better or for worse, whatever your partisan views on this are, that shows how the gun rights side of this debate has completely captured the issue.

And everything the president just said was basically a reiteration of existing law. AK-47s shouldn’t be in the hands of criminals. Well, under existing law, no guns—a .22 caliber target pistol can’t be in the hands of a fugitive or a criminal. So, if you actually listened to what the president was saying, he was saying it’s common sense that the existing laws should be enforced. Well, that’s like saying, you know, the sun is going to come up tomorrow morning. I mean, it’s saying nothing.

AMY GOODMAN: Finally, what do you think would create the kind of—you would think a massacre would, but as you looked at the history of the kind of gun control laws that we even have today, what is the engine that breaks through, breaks through this most powerful lobby of the National Rifle Association?

PAUL BARRETT: Yeah, see, I tend to view the issue in a slightly different way, not so much the gun control movement versus the NRA. I think you have just to come at it from a completely different angle. The different angle has to be crime control, not focusing on guns, not allowing the discussion to be immediately hijacked and sent off into a Second Amendment debate, but instead look at communities where crime has been reduced, gun crime included. Ask what has been done in those communities, and try to imitate that across the country. In a lot of big cities, crime has been reduced. We have to break down what has happened there, not talk about the Second Amendment, and instead say, “What have the police, what have the social workers, what have the politicians in those cities done?” and imitate it. New York has had some success in reducing the crime rate over the last 25 years. What’s happened here? How can it be replicated?

AMY GOODMAN: And yet, you have Mayor Bloomberg, who is pushing for more gun control.

PAUL BARRETT: He is. And, you know, the mayor, who’s not only my mayor but, I have to acknowledge, is my employer, as well, so I’m not going to—you’re not going to find me getting into a debate with him on your show.

PAUL BARRETT: That’s right. You know, he’s got his legislative proposals, and, you know, it would be—it’s far above my pay grade to give the mayor advice. But speaking more broadly about people who are concerned about gun violence, if someone came to me and said, “How do you break through? How do you change this debate, which seems not to be working for the people who advocate more regulation of guns?” my answer would be—is, first, stop talking about the guns. Talk about crime. Talk about people getting shot and how you stop that. Don’t allow your adversaries to immediately draw you into a debate about Second Amendment rights. Grant Second Amendment rights, and talk about crime control.

AMY GOODMAN: Paul Barrett, I want to thank you very much for being with us, assistant managing editor at Bloomberg Businessweek. His new article on Karl Rove, just published today, is called “Karl Rove: He’s Back, Big Time.” His latest book is called Glock: The Rise of America’s Gun.

This is Democracy Now! When we come back, we’re going to London, to the Olympics. Stay with us. 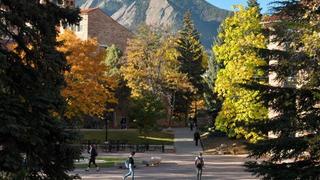