In an address to the United Nations General Assembly, President Obama openly embraced an aggressive military doctrine backed by previous administrations on using armed force beyond the international norm of self-defense. Obama told the world that the United States is prepared to use its military to defend what he called “our core interests” in the Middle East: U.S. access to oil. “[Obama] basically came out and said the U.S. is an imperialist nation and we’re going to do whatever we need to do to conquer areas [and] take resources from people around the world,” says independent journalist Jeremy Scahill. “It’s a really naked declaration of imperialism … When we look back at Obama’s legacy, this is going to have been a very significant period in U.S. history where the ideals of very radical right-wing forces were solidified. President Obama has been a forceful, fierce defender of empire.”

NERMEEN SHAIKH: I want to turn back to President Obama’s address at the U.N. General Assembly. During the speech, Obama told the world the U.S. is prepared to use its military to defend what he called, quote, “our core interests” in the Middle East—that is, U.S. access to oil.

PRESIDENT BARACK OBAMA: The United States of America is prepared to use all elements of our power, including military force, to secure our core interests in the region. We will confront external aggression against our allies and partners, as we did in the Gulf War. We will ensure the free flow of energy from the region to the world.

NERMEEN SHAIKH: That was President Obama speaking yesterday at the U.N. General Assembly. Jeremy, your response to what Obama said in his speech?

JEREMY SCAHILL: I mean, during this section of the speech, my jaw sort of hit the floor. I mean, he just—he basically came out and said the United States is an imperialist nation, and we’re going to do whatever we need to to conquer areas to take resources from people around the world. I mean, it was a really naked sort of declaration of imperialism—and I don’t use that word lightly, but it really is. I mean, he pushed back against the Russians when he came out and said, “I believe America is an exceptional nation.” He then, you know, defended the Gulf War and basically said that the motivation behind it was about oil, and said we’re going to continue to take such actions in pursuit of securing natural resources for ourselves and our allies. I mean, this was a pretty incredible and bold declaration that he was making, especially given what he—the way that he’s tried to portray himself around the world.

On the other hand, you know, he—I mean, remember what happened right before Obama took the stage, is that the president of Brazil got up, and she herself was a former political prisoner who, you know, was abused and targeted in a different lifetime, and she gets up and just blasts the United States over the NSA spy program around the world.

AMY GOODMAN: We have President Dilma Rousseff in her address to the U.N. General Assembly.

PRESIDENT DILMA ROUSSEFF: We are a democratic country, surrounded by democratic, peaceful countries that respect international law. We have been living in peace with our neighbors for more than 140 years. Like so many other Latin Americans, I myself fought on a firsthand basis against arbitrary behavior and censorship, and I could therefore not possibly fail to uncompromisingly defend individuals’ rights to privacy and my country’s sovereignty.

AMY GOODMAN: That’s the Brazilian President Dilma Rousseff openly criticizing U.S. spying on her government, the news that just broke from the Ed Snowden releases that was released with Globo newspaper in Brazil by Glenn Greenwald, who is a U.S. journalist who lives in Brazil. And, Jeremy, you’re headed down there for the opening of your film, Dirty Wars, this week.

JEREMY SCAHILL: Right, and, you know, I was there when this story was breaking. It is a major, major scandal in Brazil. I mean, it was such a major scandal that President—the president cancelled her state dinner with President Obama. This wasn’t just like sitting in the Oval Office or something. This is a thing where they create a huge menu, and they invite all these people, and it was meant to sort of secure this relationship of these two huge Western Hemisphere powers. I mean, Brazil is a rising power in the Western Hemisphere, and this was to be a very important moment in the history of relations between the U.S. and Brazil. And for the Brazilians to cancel it just shows you the severity of this scandal. I mean, all around the world right now, in the aftermath of the WikiLeaks cables being revealed, now you have the Edward Snowden documents, people around the world have access to documentation that in some cases is bolstering what people already thought was going on, but in other cases is revealing the extent of dirty tricks that the United States is playing on other nations around the world, and not to mention its own citizens.

So, we’re at this moment then where President Obama appears at the U.N., and he only made passing reference, really, to the NSA scandal. And my understanding is that he was in the car when the president of Brazil was speaking, and I don’t know that he heard her speech or not. Maybe they already had access to it, because they’re all up in her emails. But at the end of the day, you know, you have this Democratic president, who won the Nobel Peace Prize, who then goes and stands in front of the United Nations and basically stakes out a neocon vision of American foreign policy and owns it and kind of wraps it in this cloak of Democratic legitimacy. And I think that, you know, when we look back at Obama’s legacy, this is going to have been a very significant period in U.S. history where the ideals of very sort of radical right-wing forces were solidified and continued under Mr. Constitutional Law Professor Nobel Peace Prize Winner. I mean, it really—it’s really kind of devastating what’s going on right now, and I think that if you take the long view of it, or you step back and you look at it and just don’t just see the trees, but look at the forest, President Obama has been a forceful, fierce defender of empire. And I think that’s going to be the enduring legacy of his presidency, is that he was an empire president.

AMY GOODMAN: We also just had the latest news out of Pakistan of a drone strike. The drone strikes that are continuing?

JEREMY SCAHILL: Yeah. I mean, well, both in Yemen and in Pakistan, the U.S. is continuing forward with its not-so-covert war. And I think that—you know, President Obama, remember, in May gave this big speech at the National Defense University, where he owned the fact that they had killed four American citizens and then, you know, asserted that the United States is going to continue to do this. I mean, this is going to go on and on. This isn’t stopping any time soon.

AMY GOODMAN: Jeremy Scahill, we want to thank you for being with us, national security correspondent for The Nation, correspondent also for Democracy Now!, producer and writer of the documentary film Dirty Wars: The World is a Battlefield and also the book by the same name. This weekend, the film has its South American premiere at the Rio International Film Festival in Brazil, where Jeremy Scahill will join Glenn Greenwald for a discussion afterwards. On October 15, Dirty Wars will be released in the United States via Netflix and iTunes, as well as on DVD. 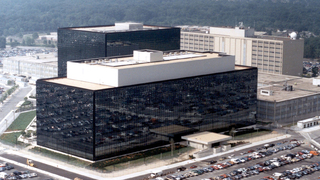