RIP John Trudell, Longtime Native American Activist; Hear Him Read One of His Poems in 1998 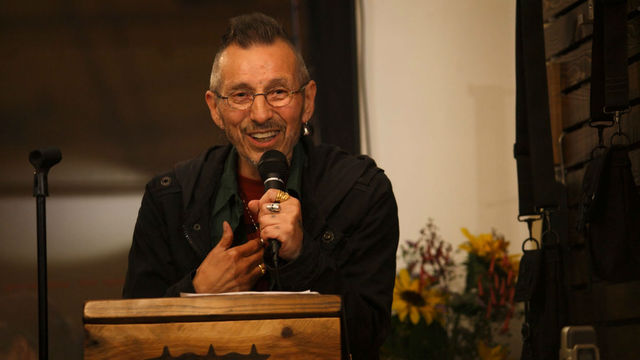 John Trudell, a poet, musician and longtime activist for Native American rights has died in California at the age of 69. Trudell’s father was Santee Sioux, and Trudell grew up near the Santee Sioux Reservation. He was the spokesman of the American Indian Movement during the 1969 occupation of Alcatraz Island in the San Francisco Bay, where he set up a radio broadcast called Radio Free Alcatraz. Trudell later served as the head of the American Indian Movement for most of the 1970s. He was also a poet who combined spoken word and music for more than a dozen albums. Hear Trudell read one of his poems, and give a speech that we broadcast on Democracy Now! in 1998. Listen above or click here for the entire show on October 12, 1998.