“He Refused to Live in a Binary”: The World Mourns Death of Gender-Bending Music Legend Prince

The world is mourning the loss of the hugely acclaimed and influential musical sensation Prince. He died Thursday at his home in Minnesota at the age of 57. His work spanned funk, rock and jazz, and he recorded and distributed it on his own terms, once writing “slave” on his cheek to protest his treatment by Warner Bros. “When I think back on the work and the writing I’ve done around race and gender and identity to this time, I realize seeing Prince was one of the first times I saw someone who refused to live in a binary,” says Steven Thrasher, whose new piece is entitled “Prince broke all the rules about what black American men should be.” “When he named himself the artist formerly known as Prince, or, rather, used that symbol, he was really refusing to play by the game that society had put forth for him.” We also speak with Winston Grady-Willis, a lifelong fan of Prince and professor and chair of Africana Studies at Metropolitan State University of Denver.

AMY GOODMAN: We’re going to switch gears right now, but ask the two of you to stay on with us—the world mourning the loss of the hugely acclaimed and influential musical sensation Prince. He died Thursday at his home in Minnesota at the age of 57. Prince became a global musical phenomenon in the '80s, with albums such as 1999, Purple Rain and Sign O' the Times. His music spanned funk, rock and jazz. He sold more than 100 million records during his career. On Thursday, President Obama released a statement on Facebook that read in part, quote, “Today, the world lost a creative icon. … Few artists have influenced the sound and trajectory of popular music more distinctly, or touched quite so many people with their talent.” Steven Thrasher, your new piece for The Guardian is headlined “Prince broke all the rules about what black American men should be.” Take it from there.

STEVEN THRASHER: Of course, like everyone else, I was extremely shocked and sad when I heard about Prince’s death, and I didn’t know to make of it necessarily right away, and I wasn’t sure what I could add to what this genius had to offer. And I quickly started thinking about the ways that he really frightened me as a young man, and yet I couldn’t look away. You know, I grew up biracial, black and white; my father is black, and my mother was white. And I often was trying to straddle what it meant to be a biracial person, what it meant to be a black person. And Prince really spoke to me, both in the way that he dealt with race in a very explicit way and that he was also, like me, kind of light-skinned, but he very much owned being a black person.

And I was absolutely thrilled and terrified when he spoke back to Warner Bros., when he wrote “slave” on his cheek and when he—you know, I was trying to think about the connections between him and Harriet Tubman. Obviously, I’m not comparing chattel slavery to being, you know, a Sony musician. But Prince really dealt with economics on his own terms. And he said he wasn’t going to do whatever Warner Bros. or his publisher wanted him to do; he was going to take ownership of his own music and chart his own path. And so I found that really inspiring and terrifying.

Also, as a queer person who didn’t know that I was gay when I was quite young, I found Prince just titilating and really frightening. And again, I couldn’t look away, because he had this quality that was profoundly sexual, but created a broader sense of sexuality than I was used to considering. He had a way that I thought was very paradoxic of trying to make—trying to expand the notion of what it meant to be a man, and yet, at the same time, he was really deconstructing gender. And he wasn’t owning being a man or owning a woman. So, in retrospect—of course, I wasn’t thinking of this when I was in junior high school, but when I think back on the work and the writing I’ve done around race and gender and identity to this time, I realize seeing Prince was one of the first times I saw someone who refused to live in a binary.

And when he named himself the artist formerly known as Prince, or, rather, used that symbol, he was really refusing to play by the game that society have put forth for him, and said, “I’m going to do this on my own terms.” And it was really super fascinating to read yesterday about what it meant when he put that symbol out, because, at the time, we didn’t have emojis, we didn’t sort of have the graphic environment we have with the internet now. Newspapers literally could not print what that symbol was, and at some point they had to send out floppy disks to publications so that they could have a special font to be able to print that. So that’s what I was thinking about yesterday, just the many ways he made me reconsider what it meant to be a man, gender, black and an American.

WINSTON GRADY-WILLIS: Yeah, I really couldn’t agree more. And I know that, personally, Prince’s significance, growing up here in Colorado, was that there had come a point where, just in terms of the culture wars around music when I was in high school and in college, those individuals who gravitated toward R&B, disco, on the one hand, those individuals who proudly proclaimed that they were rockers—and this was often a racialized dynamic—usually found themselves all on the dance floor, all grooving to Prince. And this was really, really important culturally. It was important personally. And the gender piece was really important, because for those of us who are heterosexual, Prince forced us to really interrogate gender norms in ways in which we were often not comfortable. I mean, I still remember to this day, every time Dick Clark would introduce Prince, there was this unease, and yet there was, all at the same time, this incredible respect for his genius.

AMY GOODMAN: I want to thank you both for being with us. Steven Thrasher, columnist for the Guardian US. We’ll link to your piece, “To put Harriet Tubman on the $20 bill would be an insult to her legacy,” as well as your piece on Prince. And Winston Grady-Willis, professor and chair of Africana Studies here at Metropolitan State University in Denver, Colorado.

This is Democracy Now! When we come back, the first African-American woman to own a pot dispensary, a marijuana dispensary, here in Colorado. Stay with us. 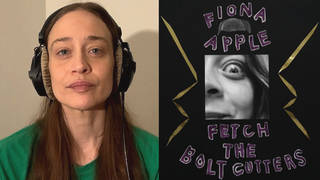