In the deadliest terror attack on New York City since September 11, 2001, Sayfullo Saipov is accused of carrying out a relatively low-tech plan to kill people when he drove a rented Home Depot truck down a bicycle path, striking pedestrians and bicyclists, then crashing into a school bus. “With low-tech attacks, I think people tend to look at them and throw up their hands and think, 'What can we do if someone's using knives or driving a car into a crowd?’ But the reality is, we can do a lot to make ourselves harder targets,” says Shayana Kadidal, senior managing attorney at the Center for Constitutional Rights. He outlines calls by transportation advocates to install barriers that keep cars from being able to drive onto bike and pedestrian paths.

AMY GOODMAN: This is Democracy Now!, democracynow.org, The War and Peace Report. I’m Amy Goodman. Our guest, Shayana Kadidal, with the Center for Constitutional Rights. The attack itself, the assailant using a car, Shayana?

SHAYANA KADIDAL: Right. You know, with a high-tech attack, like the Las Vegas shooting with a guy with machine guns and bumper stocks, you know, we always assume that there are kind of technological means or policy changes we can make to make ourselves safer, right? Gun control and all the rest of it, right? With low-tech attacks, I think people tend to look at them and throw up their hands and think, you know, “What can we do if someone’s using knives or driving a car into a crowd?”

But the reality is, we can do a lot to make ourselves harder targets, right? And with this bike lane attack, you know, advocacy groups, Transportation Alternatives here in the city, have been calling to put up those metal rods that keep cars from being able to drive on bike paths and pedestrian paths, called bollards, for years and years and years. And that’s a simple thing that we can do, not just on bike paths, but also on sidewalks, to prevent attacks like we saw on Halloween or in Nice with a truck mowing down almost a hundred people, right? And just generally, in a free society, it’s very hard to stop low-technology attacks. But that doesn’t mean there’s nothing we can do. Making ourselves hard targets, whether it means, you know, sadly, not building hundred-story skyscrapers, or something much lower-tech, like bollards, you know, can help keep us a lot safer and prevent a lot of these things from becoming more deadly than they already are. 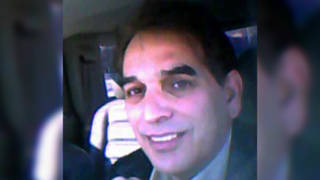