This week marks the seventh anniversary of the Occupy Wall Street movement and 10 years since the collapse of U.S. investment bank Lehman Brothers, which triggered the onset of the global financial crisis. The crisis also sparked massive global anti-capitalist movements, including Occupy Wall Street, the M-15 movement in Spain and the anti-austerity movements in Greece. “It’s striking how little we are marking these anniversaries,” says author and activist Nathan Schneider. “I think … we recognize we really haven’t done anything serious to deal with the causes of this crash.” Schneider’s new book outlines an alternative economic model based on cooperative ownership that saw a resurgence since the 2008 financial crisis. It’s titled “Everything for Everyone: The Radical Tradition That Is Shaping the Next Economy.”

JUAN GONZÁLEZ: This week marks the seventh anniversary of the Occupy Wall Street movement and 10 years since the collapse of U.S. investment bank Lehman Brothers that triggered the onset of the global financial crisis. Millions of people in the United States and around the world lost their jobs, lost their homes and life savings, even as the U.S. government bailed out some of Wall Street’s biggest failing banks. Over the weekend, activists in Europe protested outside banks in France and Germany to mark the 10th anniversary.

AMY GOODMAN: The financial crisis also sparked massive global anti-capitalist movements, including the Occupy movement here in the U.S. and M-15 in Spain and the anti-austerity movements in Greece.

To talk more about the impacts of the crisis 10 years later, we’re joined by Nathan Schneider, whose new book outlines an alternative economic model based on cooperative ownership. He argues the cooperative movement has witnessed a resurgence since the 2008 financial crisis. Schneider’s book is just out. It’s called Everything for Everyone: The Radical Tradition That Is Shaping the Next Economy_. His recent pieceus/article/xwp85z/rich-people-broke-america-and-never-paid-the-price for Vice is headlined “Rich People Broke America and Never Paid the Price.” He’s also the author of Thank You, Anarchy: Notes from the Occupy Apocalypse. Nathan Schneider is a journalist and author and media studies professor at the University of Colorado Boulder.

Welcome to Democracy Now! I just came from Boulder. So, talk about this both 10th anniversary of what’s called the economic collapse, but also the seventh anniversary of Occupy, which you were very much a part of.

NATHAN SCHNEIDER: Well, it’s striking how little we are marking these anniversaries, especially the anniversary of the crash, which has so defined the last 10 years and has defined my generation, has defined so many of our lives. I think a reason that we haven’t been celebrating it is we recognize we really haven’t done anything serious to deal with the causes of this crash and to deal with the horrific response to it, in which millions of people were allowed to lose their homes and their jobs. And quietly, in the midst of this lack of imagination, there has been a growing movement on a grassroots level, increasingly at a policy level, to recognize that there is an opportunity to make a difference through this tradition of cooperative enterprise.

NATHAN SCHNEIDER: Well, absolutely, there has been that long tradition. And it’s—I mean, this is a tradition that has been empowering farmers, that has been enabling small businesses to survive, but it’s often not visible. You know, actually, in the course of working on this book, I learned that my own grandfather helped build a national purchasing cooperative for hardware stores, enabling small hardware stores to survive and thrive, you know, and I didn’t even know that it was a cooperative. That was never something I learned.

And in the years since the crash, for instance, there was—in 2011, during Occupy, there was a large “Move Your Money” day, where hundreds of thousands of accounts moved from big banks to credit unions, which are banks that are owned by the people they serve. There has been a rise in interest across the country, especially in cities, in worker ownership, in allowing workers to become owners of the businesses where they’re employed. And this is increasingly moving into federal strategy, and it’s a surprisingly bipartisan opportunity. There’s a quiet opportunity here to really make good on the failure of our economic system 10 years ago.

JUAN GONZÁLEZ: Well, but some might argue that even some predatory capitalists have come up with or are developing the idea of cooperation among businesspeople. I’m thinking of Airbnb, Uber, this whole sharing economy. They’re sort of taking a cooperative idea and standing it on its head in terms of how they can make money off of it.

NATHAN SCHNEIDER: That’s right. You know, cooperation was really the original crowdfunding. It was the original sharing economy. But I think most of us have kind of wised up to the fact that this is not a real sharing economy, this economy of Uber and Airbnb; this is an extraction economy. And a lot of what I’ve been following for the last few years is a group of people around the world who are trying to build real sharing economies, using digital tools to share ownership and governance all the way down, to build gig economies where frontline workers are deciding their own standards of work—you know, house cleaners and drivers and others.

NATHAN SCHNEIDER: What they’re doing is the assembly. The core demand, I think, right now, seems to be the right to organize, to have a political conversation in a public space, to show Wall Street, so to speak, what democracy looks like.

AMY GOODMAN: So, that’s you, Nathan Schneider, back seven years ago, and now you’ve written this book. This radical tradition you’re talking about, the cooperatives that are on the upswing around the world, talk more about them specifically and what you hold out most hope for.

In terms of these particular projects, you know, we have these gig economies in which people are figuring out how to own and govern their own platforms. We’re seeing an opportunity unlike any we’ve ever seen, where a whole generation of business owners, in what’s known as the silver tsunami, are looking to retire, and these small and medium-sized businesses, employers around the country, are being gobbled up by private equity. This is an opportunity for conversion to employee ownership, if we have the right policy tools and the right financing tools available.

So the opportunities that we have before us right now are tremendous. And these are also connected to our social movements. You know, the platform for the Black Lives Matter movement mentioned in its policy proposals cognates of cooperation more than 40 times. And this is just another example of the rootedness of our social movements in cooperative enterprise, going back to the civil rights movement and long before.

JUAN GONZÁLEZ: And what do you say to those who would argue that absent any kind of change in the political power structure, that the lawmakers will always come up with ways to keep these cooperative movements down and to maintain monopoly capital or big capital in favored status in a society?

NATHAN SCHNEIDER: Well, the weird thing is, actually, this is something that’s happening across the political spectrum, but quietly. You know, actually, both the Democratic and Republican platforms in 2016 advocate increasing worker ownership. Now, in the last couple years, Democrats have been recognizing that this might be an issue that they want to take leadership on. Just a couple weeks ago, the Main Street Employee Ownership Act passed, which facilitates worker ownership and conversions of businesses.

So I think, actually, we have an interesting opportunity in this moment of incredible polarization. And there’s a political base already starting to form. We just need to strengthen that and make the demand even louder, make the demand heard that that system that created the crash 10 years ago is not acceptable anymore.

AMY GOODMAN: What’s the difference between the gig economy and the rigged economy?

You know, the gig economy is, in a sense, an opportunity and a danger. The gig economy is a danger in the sense that it means—it has often meant relinquishing things that workers have fought for for decades, for centuries. But it also invites these opportunities of more flexible work. And we have an opportunity to create a future of work in which workers are really in control.

AMY GOODMAN: And finally, the fact that—who was held accountable for what happened and how much so many people lost 10 years ago?

NATHAN SCHNEIDER: Well, I think we haven’t really held anyone accountable nearly enough. And there was a lot of talk about—or there was some talk—

NATHAN SCHNEIDER: —for some of the time about who was not put in jail, things like that. I think we need to talk about the system. We need to transform the system. And we have a toolset. We have a tradition that is proven, that is actually bipartisan, that we can turn to, to make that difference.

AMY GOODMAN: Nathan Schneider, media studies professor at University of Colorado Boulder. His new book, Everything for Everyone: The Radical Tradition That Is Shaping the Next Economy. That does it for our show. I’m Amy Goodman, with Juan González. Thanks so much for joining us. 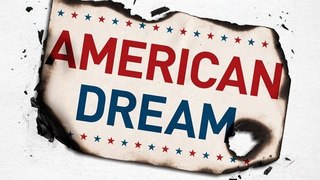