The family of Native American teenager Kaysera Stops Pretty Places is demanding justice after she was found dead in Hardin, Montana, in late August, just two weeks after her 18th birthday. Kaysera was a member of the Crow and Northern Cheyenne tribal communities in Montana. She lived with her grandmother. According to her family, Kaysera was reported missing after she never came home on the night of August 24. On August 29, the body of a young woman was found in the town of Hardin. It wasn’t until two weeks later that local law enforcement confirmed it was Kaysera. The circumstances surrounding her death and disappearance remain a mystery. Her family believes she was murdered, but says local law enforcement is not treating her sudden disappearance and death as foul play. Kaysera is among at least 27 indigenous girls and women reported missing or murdered in Big Horn County in the past decade. Since 2010, there have also been at least 134 cases of missing or murdered indigenous girls and women in the state of Montana. We speak with Grace Bulltail, Kaysera’s aunt and an assistant professor in the Nelson Institute for Environmental Studies at the University of Wisconsin-Madison. We also speak with the family’s lawyer, Mary Kathryn Nagle, a citizen of Cherokee Nation and a partner at Pipestem Law, P.C., a law firm dedicated to the restoration of tribal sovereignty and jurisdiction.

NERMEEN SHAIKH: We end today’s show with the devastating story of Kaysera Stops Pretty Places, a Native American teenager whose family is demanding justice after she was found dead in Hardin, Montana, in late August, just two weeks after her 18th birthday. Kaysera was a member of the Crow and Northern Cheyenne tribal communities in Montana. She lived with her grandmother.

According to her family, Kaysera never came home on the night of August 24th. She was reported missing two days later. On August 29, the body of a young woman was found in the town of Hardin. It wasn’t until two weeks later that local law enforcement confirmed it was Kaysera. The circumstances surrounding her death and disappearance remain a mystery. Her family believes she was murdered, but says local law enforcement is not treating her sudden disappearance and death as foul play.

Well, for more, we go to Milwaukee, where we’re joined by Grace Bulltail, Kaysera’s aunt, assistant professor in the Nelson Institute for Environmental Studies at the University of Wisconsin-Madison. And in Phoenix, Arizona, we’re joined by Mary Kathryn Nagle, a citizen of Cherokee Nation, partner at Pipestem Law, a law firm dedicated to the restoration of tribal sovereignty and jurisdiction. She currently represents Kaysera’s family.

Mary Kathryn Nagle, let’s start with you. Explain what you understand happened in August.

MARY KATHRYN NAGLE: Thank you so much for having us on the show this morning. And let me be clear: The family is certainly the expert on the facts surrounding her disappearance and her death and what they know.

But speaking as a lawyer and looking at the legal framework, it’s very clear that what happened in August was a complete disregard for not only the rights of Kaysera, but the rights of all Native women, when local law enforcement failed to investigate her death and to take all steps necessary to look for her, before finding her on August 29th. And, of course, her family wasn’t notified until September. But the first 24, 48 hours that a Native woman goes missing are the most critical in terms of finding her and locating her. And in this instance, I think we have a pretty severe abdication of duties when it comes to local law enforcement and the search for her — the lack of search that took place.

AMY GOODMAN: Grace Bulltail, first of all, our condolences to your whole family. Can you walk us through what you understand took place in August to Kaysera?

GRACE BULLTAIL: Sure. Thank you for covering this story, Amy. Our family understands that Kaysera went missing. My sister reported her missing. She went to Big Horn County officials several times and went in person, and our family has not been told any details. We were finally notified that her body was identified on September 11th, several weeks after she was found. And it’s been an ongoing struggle in terms of getting information from anyone in Big Horn County.

NERMEEN SHAIKH: And, Mary, can you talk about how her case fits into the larger pattern of how law enforcement has been responding to murdered and missing indigenous girls and women?

MARY KATHRYN NAGLE: Yes, absolutely. Kaysera, like so many of our Native women, sisters, daughters and aunties, has been caught in this jurisdictional loophole. In 1978, the United States Supreme Court took away tribal criminal jurisdiction over non-Indians. And as the United States Department of Justice has reported, unfortunately, the majority of violent crimes against our Native women are committed by non-Indians. And so, that means that quite often our tribal governments, their hands are tied because of the legal framework the federal government has put in place.

In this instance, because Kaysera’s was found five miles off the reservation, where she was found was within state jurisdiction. But as her aunt just mentioned, the local law enforcement, Big Horn County, for a long time, ever since this was first reported to them at the end of August, has failed to just take very basic steps to conduct an investigation looking into the causes surrounding her death. At the same time, the federal government has also failed to step in. The FBI has said they will not get involved, because her body was found five miles off the border of the reservation, despite the fact that she’s an enrolled citizen of a tribal nation and there’s no evidence to indicate that the crime that led to her death did not occur on the reservation.

But this is what happens, because we have three different sovereigns and a very complicated federal legal framework. The state and federal government, which under this federal legal framework usually have jurisdiction, often displace their responsibility and try to push it off onto other sovereigns, whereas our tribal governments, their jurisdiction has been taken away.

And what happens, at the end of the day, is it puts the burden on our families, which is why Kaysera’s aunties and her grandmother and her family members are having to come up with lists of witnesses to interview, come up with ideas of evidence to look at. They are spoon-feeding to the Big Horn County Sheriff’s Office the things that that sheriff’s office should be looking into. And the sheriffs office isn’t even responding with confirmation that they will or will not do simple things, like look at her social media accounts or what’s on her cellphone. And so, this is the sort of legal loophole that our Native women and sisters fall into.

AMY GOODMAN: And can you talk about the legislation that’s been introduced at the state and federal level, everything from Savanna’s Act and the Not Invisible Act of 2019, introduced to the House and Senate, Hanna’s Act, signed into law in Montana. What are these measures? And we only have a minute.

MARY KATHRYN NAGLE: Sure. So, many measures are on the table right now. Savanna’s Act, really quickly, would require every single United States attorney to implement a protocol, a guideline to follow, when a Native woman is reported murdered or missing. And that would require collaboration with tribal law enforcement, tribal government and state law enforcement. In this instance, you could see how that would be incredibly useful, because right now we’ve got three separate governments who aren’t necessarily speaking to each other. And in the instance of the federal government, they’re completely abdicating their duty to even be involved.

And Not Invisible Act, while that doesn’t restore — and, likewise, Savanna’s Act — doesn’t restore jurisdiction to tribal governments, or resources, so that governments could actually investigate their own citizens who go missing, those crimes, but the Not Invisible Act would create sort of a committee of folks from the federal, tribal and state levels, advocates, family members, to come together and discuss this crisis. Because it is a crisis. As you mentioned, we know Big Horn County is actually ground zero for the crisis. There have been so many Native women who have gone murdered and missing in Montana. This can no longer be overlooked.

NERMEEN SHAIKH: And, Grace Bulltail, very quickly, before we conclude, what’s the family calling for now?

GRACE BULLTAIL: That the U.S. senators and the state elected officials step in and hold Big Horn County accountable. Our tribal communities elect these officials. We put them into office. And we need, we deserve justice for our children.

AMY GOODMAN: We thank you both so much for being with us. We’ll continue to follow this case. Grace Bulltail, maternal aunt of Kaysera Stops Pretty Places, and Mary Kathryn Nagle, partner at Pipestem Law, thanks for joining us. That does it for our broadcast. I’m Amy Goodman, with Nermeen Shaikh. Thanks so much for joining us. 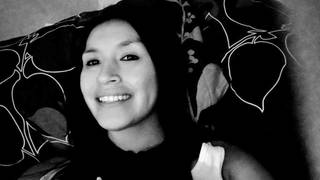