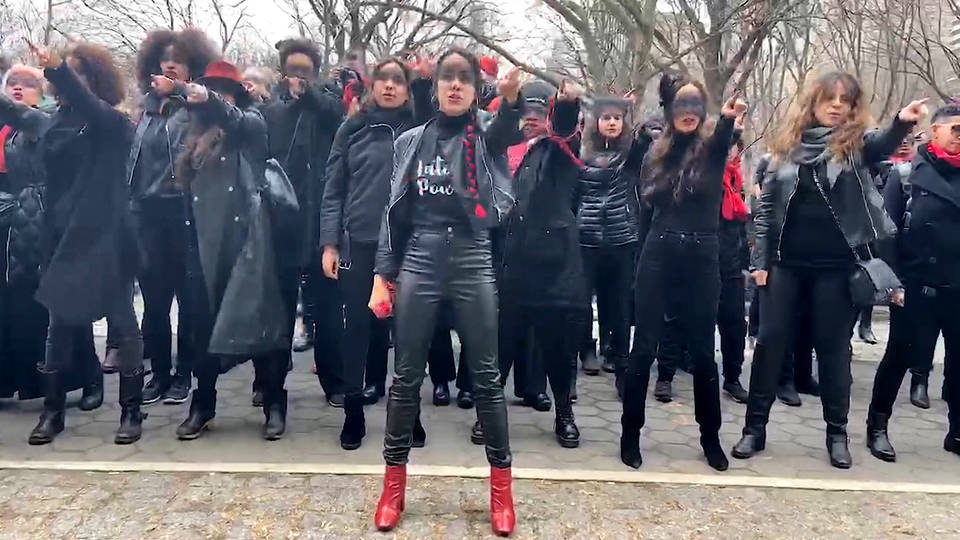 Protesters: “Patriarchy is our judge! God imprisons us at birth! And our punishment … It’s not my fault, not where I was, not how I dressed! And the rapist was you!”