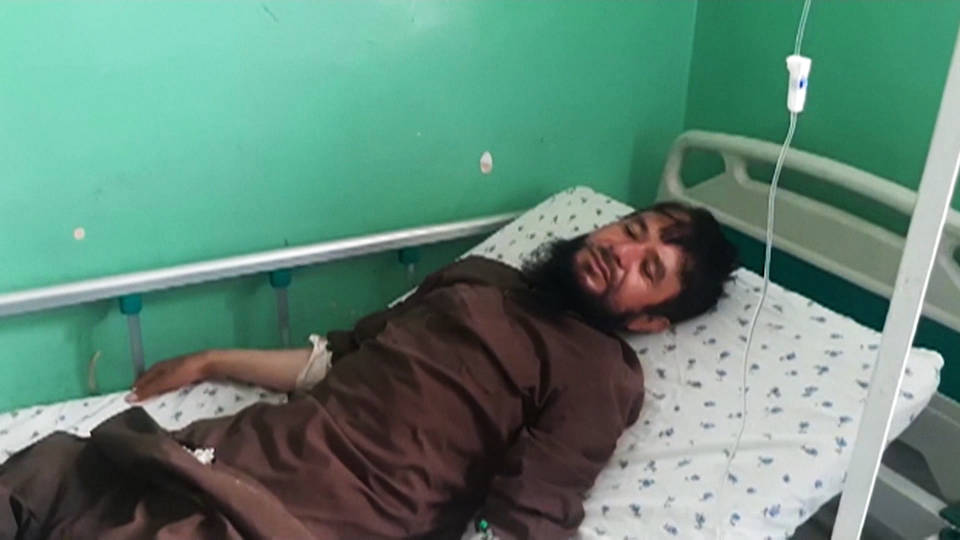 In Afghanistan, masked gunmen killed at least 10 workers at a mine-clearing nonprofit in northern Baghlan province Tuesday. The Islamic State claimed responsibility for the attack, after the government initially blamed the Taliban. The head of the organization that was attacked, the British-based HALO Trust, said the assailants appeared to be targeting people from the Shia Hazara community. This is a survivor recounting the horrific attack.

Survivor: “They shot two people in the camp compound and then shot at other people inside the room. I was shot in the forehead and fell to the ground, but I got up again, and I escaped through the window. Ten people were martyred, and 13 or 14 others were injured and have now been taken to the hospital.”

In other news from Afghanistan, the Norwegian Refugee Council is warning that a severe drought threatens 3 million Afghans, who are already vulnerable due to years of conflict, food insecurity and the effects of the pandemic. Meanwhile, The New York Times reports the Pentagon is considering whether to intervene with warplanes or drones if Kabul is in danger of falling to the Taliban after the U.S. completes its withdrawal.