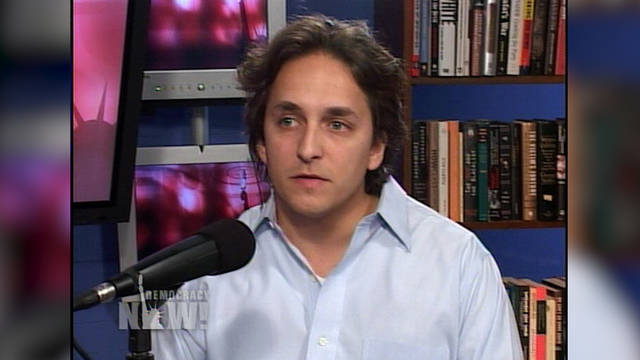 On Sunday, U.S. journalist and filmmaker Brent Renaud was shot dead near Kyiv while working on a documentary about refugees. Over the past two decades, Brent had reported across the globe, including in Colombia, Mexico, Egypt, Somalia, Iraq, Libya, Haiti, China, Afghanistan and Pakistan. In 2014, Brent and his brother Craig won a Peabody Award for their documentary “Last Chance High.”

Brent and Craig started their filmmaking career at Downtown Community Television (DCTV), working for years in the same building that then housed Democracy Now!

In a statement, DCTV founder Jon Alpert said, “We had the honor of working alongside Brent for many years. We were and are inspired by his commitment to bring his camera to capture scenes the world needs to see — no matter the difficulty or the danger. Brent is a hero who sacrificed for all of us. He deserves to be celebrated. Not murdered.”

Brent and Craig appeared on Democracy Now! multiple times to talk about their films “Off to War” and “Little Rock Central.”

Off To War: From Rural Arkansas to Baghdad: Filmmakers on the Lives of Arkansan Soldiers in Iraq
(2005)

Off to War: The Story of a National Guard Unit’s Journey from Rural Arkansas to Baghdad (2004)

Off to War: The Story of the Arkansas National Guard’s Journey to Iraq (2004) 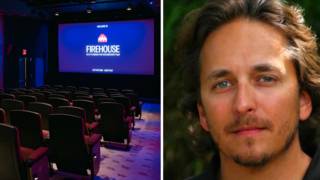