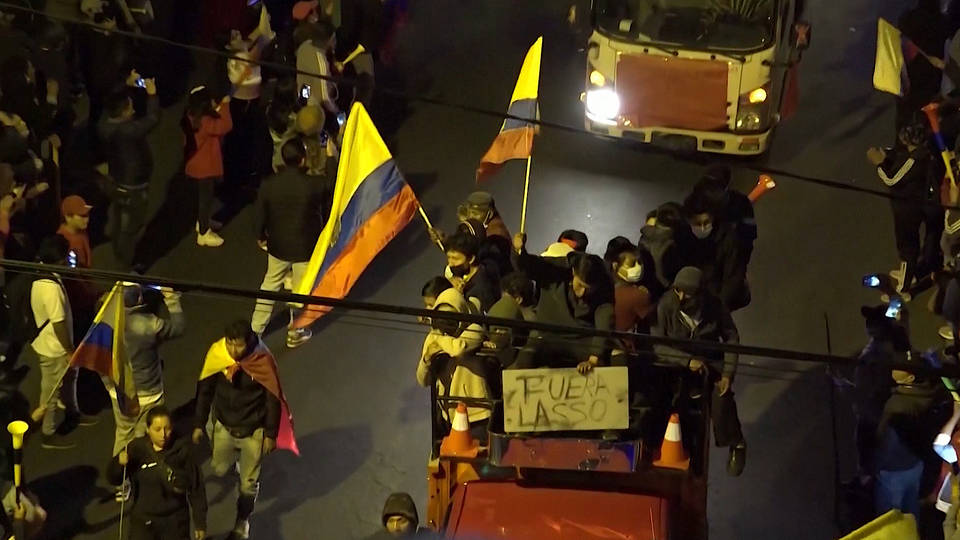 In Ecuador, thousands of Indigenous and social leaders took to the streets of the capital Quito and around the country for a ninth straight day Tuesday protesting right-wing President Guillermo Lasso’s economic policies and rising fuel prices. Reuters reports police fired tear gas and so-called nonlethal projectiles at protesters; at least two people have died, nearly 100 were injured, and dozens were arrested. President Lasso has extended a state of emergency to at least six Ecuadorian provinces. Meanwhile, Indigenous leaders said Tuesday they will not meet with government officials until security forces are withdrawn from certain areas of Quito.