“All bets are off,” Jason Van Tatenhove said on Tuesday before the House Select Committee to Investigate the January 6th Attack on the United States Capitol. “If a president that’s willing … to whip up a civil war amongst his followers using lies and deceit and snake oil, and regardless of the human impact, what else is he going to do if he gets elected again?” Van Tatenhove, a former member of and spokesperson for the armed, right-wing, white supremacist militia group The Oath Keepers, was speaking of a potential Donald Trump presidential victory in 2024.

The Select Committee has held seven public hearings since June with at least one to go, probing the deadly assault on the Capitol that targeted the joint session of Congress held on January 6th, 2021 to formally count the Electoral College votes and declare Joe Biden the President-elect. President Donald Trump, as the committee has painstakingly documented, had been working feverishly to overturn the 2020 election results, spewing conspiracy theories, filing scores of frivolous lawsuits, threatening election officials and mounting a relentless propaganda campaign alleging the election he lost by a landslide had been stolen. When all else failed, he summoned a mob to Washington to “Stop the Steal.”

Thousands heeded Trump’s invitation, and then his January 6th rally speech, urging them to march on the Capitol. Among the thousands who mobbed the building were teams of Oath Keepers, Proud Boys and Three Percenter militias who had planned and coordinated the attack.

“It was like something from a medieval battle,” Capitol Police Sergeant

Aquilino Gonell, an Iraq war veteran, testified to the committee. Four protesters died in the melee, one shot by police and three of natural causes exacerbated by the riot. At least 150 police officers were injured, Gonell among them. Doctors just told him he had to retire due to the severity of his injuries). Capitol Police Officer Brian Sicknick died the next day after several strokes provoked by the injuries sustained during the assault. Four more officers subsequently died by suicides believed directly related to January 6th. They were Officer Howard Liebengood of the Capitol Police and Officers Jeffrey Smith, Gunther Hashida and Kyle DeFreytag of the Metropolitan Police Department.

Many among those who violently attacked the Capitol that day, with no apparent irony, sported flags and clothing proclaiming their support of the “Thin Blue Line,” as law enforcement is often called.

The Select Committee is nearing the end of its work, and has begun sharing its extensive trove of documents, depositions, testimonies and other evidence with the U.S. Department of Justice. Whether Donald Trump faces criminal charges for inciting that riot and attempting a violent coup remains to be seen. Trump could also face state charges in Georgia, where he actively attempted to coerce the Secretary of State to “find 11,780 votes” and thus overturn Biden’s win there by one vote.

Never in U.S. history has a president so openly attempted to subvert an election and the peaceful transfer of power at home.

Sadly, that can’t be said for the U.S. involvement in other nations around the world. The United States has a long history of organizing, funding, arming and actively perpetrating coups against democratically elected governments. Examples in the modern era include Iran in 1953, with the overthrow of popular Prime Minister Mohammad Mosaddegh; Guatemala in 1954 by the overthrow of progressive President Jacobo Arbenz.

In 1961, the US along with Belgium had Patrice Lumumba, the first Prime Minister of newly independent Republic of Congo, arrested and executed. Belgian police commissioner Gerard Soete took a gold-capped tooth from Lumumba’s body as a trophy, after which his corpse was dismembered and dissolved in acid. Last month, Belgium returned the tooth to Lumumba’s family. They are now returning it to the Democratic Republic of Congo.

In 1973, the U.S. backed a military coup against Chile’s democratically-elected President Salvadore Allende. President Nixon’s National Security Advisor Henry Kissinger reportedly told Nixon at the time, “I don’t see why we need to stand by and watch a country go communist due to the irresponsibility of its people. The issues are much too important for the Chilean voters to be left to decide for themselves.”

Just this week, John Bolton, National Security Advisor under Trump, bragged on CNN, “as someone who has helped plan coups d’état — not here, but, you know, other places. It takes a lot of work.” Bolton supported the 2004 U.S.-orchestrated Haitian coup that overthrew President Jean-Bertrand Aristide, and more recently advocated for toppling the governments of Iran and Venezuela.

A country that mounts coups should not be so surprised when someone attempts one at home. We need a uniform standard of justice, and a world free of coups. 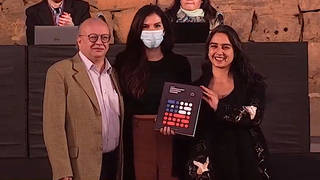