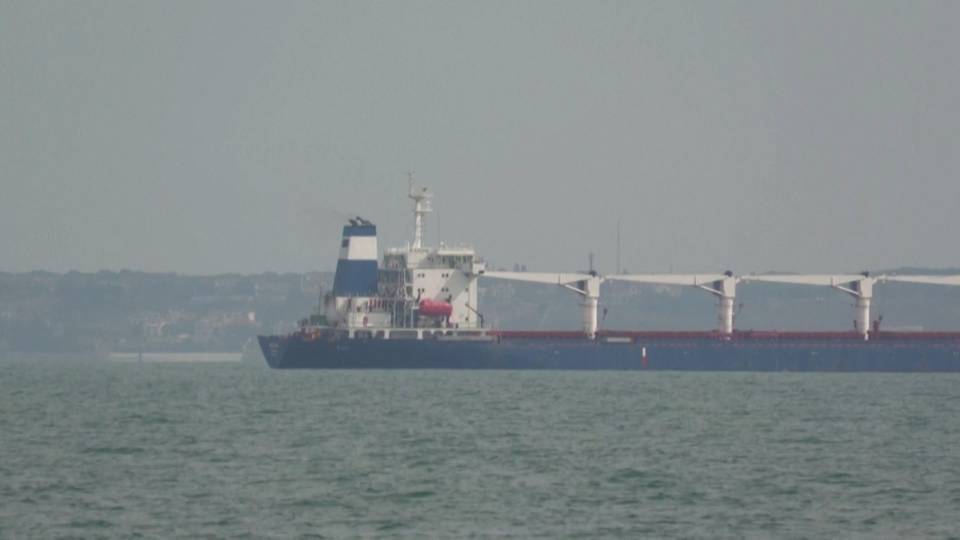 A ship carrying 26,000 tons of corn left the Ukrainian port of Odessa today. It is the first ship to leave Ukraine under a deal brokered by the United Nations and Turkey to reopen ports on the Black Sea which have been closed since Russia’s invasion began over five months ago. On Saturday, the CEO of one of Ukraine’s largest grain producers and one of the country’s richest entrepreneurs was killed in the southern port city of Mykolaiv during intense Russian shelling. Oleksiy Vadaturskyi died along with his wife when a missile hit their home.

Meanwhile, a small drone attacked the headquarters of Russia’s Black Sea Fleet in Crimea. Russia accused Ukraine of carrying out the attack, which injured six people.