Reports of police brutality are rocking the bedroom community of Fairfield California. Reports indicate the police department is wildly out of control with instances of setting police dogs on teenagers and fatally pepper-spraying a schizophrenic man. Community members have been standing up and organizing to assert some police accountability.

Web ExclusiveMar 30, 2018Why Are So Many Unarmed Black People Being Killed by Police? Sacramento Activist Speaks Out 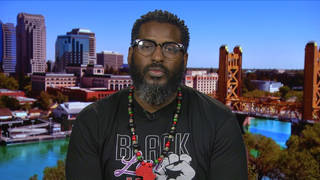 Why Are So Many Unarmed Black People Being Killed by Police? Sacramento Activist Speaks Out