Japanese experts said today that a nuclear chain reaction at the site of Japan’s worst-ever nuclear accident has halted for now, while the government said that it is ashamed it happened at all.

Three workers were seriously injured and at least 35 others were exposed to radiation on Wednesday at the Tokaimura plant, which is about 80 miles from Tokyo, when workers apparently poured too much uranium by accident into a purification tank containing nitric acid, a mistake that reportedly caused a flash of blue light and unleashed a chain reaction tantamount to a small nuclear bomb. The three workers most seriously injured were flown by helicopter to a special treatment unit, and two of them are in critical condition. Eleven more workers were exposed to radiation today as they attempted to clean up the accident at the plant.

Around 300,000 people living in a six-mile radius have been advised to stay indoors, avoid contact with rain and well water, and warned not to harvest vegetables grown in the area.

The plant, owned by the Sumitomo Metal Mining Company and operated by the JCO Company, reprocesses uranium into pellets for use in nuclear power plants.

Workers at the Los Alamos National Laboratory in New Mexico are on standby to assist the victims. State Department officials say the accident is comparable to the Three-Mile Island accident 20 years ago in Pennsylvania.

The accident has once again raised concerns over the safety of nuclear plants, both in Japan and around the world. It came less than 24 hours before the arrival of a shipment of weapons-usable plutonium at the Takahama nuclear plant in Fukui Prefecture, a shipment that is at the center of a scandal. The producers of the fuel, British Nuclear Fuels (BNFL), have admitted to falsifying important safety data during production in the giant Sutherfield nuclear plant in Northwest Britain. The plutonium is to be used for the production of a controversial new fuel called mixed oxide fuel. 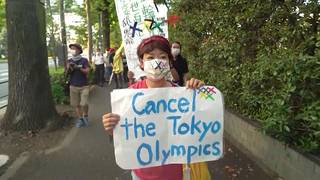