The Rev. Jesse Jackson and top Puerto Rican religious leaders this weekend joined dozens of protesters who have occupied a bombing range on the Puerto Rican island of Vieques, and who are demanding that the US Navy halt its live-fire exercises there.

The delegation took a boat to visit the protesters at the range, which is littered with unexploded munitions. The Navy recently acknowledged that they have used napalm in Vieques during their years of military exercises. The admission has further enraged Vieques residents, who stepped up their campaign to expel the US military after a civilian was killed by a US bomb several months ago. 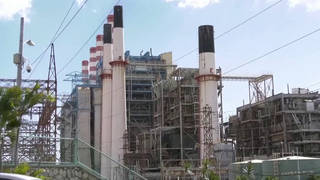