During the presidential campaign last year, former President George Bush took time off from his son’s race to call onCrown Prince Abdullah of Saudi Arabia at a luxurious desert compound outside Riyadh to talk about American-Saudibusiness affairs.

Mr. Bush went as an ambassador of sorts, but not for his government. In the same way, Mr. Bush’s secretary of state,James A. Baker III, recently met with a group of wealthy people at the elegant Lanesborough Hotel in London toexplain the Florida vote count. Traveling with the fanfare of dignitaries, Mr. Bush and Mr. Baker were using theirextensive government contacts to further their business interests as representatives of the Carlyle Group, a $12billion private equity firm based in Washington that has parlayed a roster of former top-level government officials,largely from the Bush and Reagan administrations, into a moneymaking machine.

In a new spin on Washington’s revolving door between business and government, where lobbying by former officials isrestricted but soliciting investments is not, Carlyle has upped the ante and taken the practice global. Mr. Bush andMr. Baker were accompanied on their trips by former Prime Minister John Major of Britain, another of Carlyle’spolitical stars. With door-openers of this caliber, along with shrewd investment skills, Carlyle has gone from anunknown in the world of private equity to one of its biggest players. Private equity, which involves buying upcompanies in private deals and reselling them, is a high-end business open only to the very rich.

Over the last decade, the Carlyle empire has grown to span three continents and include investments in most cornersof the world. It owns so many companies that it is now in effect one of the nation’s biggest defense contractors anda force in global telecommunications. Its blue-chip investors include major banks and insurance companies,billion-dollar pension funds and wealthy investors from Abu Dhabi to Singapore.

In getting business for Carlyle, Mr. Bush has been impressive. His meeting with the crown prince was followed by ayacht cruise and private dinners with Saudi officials, including King Fahd, all on behalf of Carlyle, which hasextensive interests in the Middle East.

The bin Laden family just announced that it is dis-investing from the Carlyle Group. 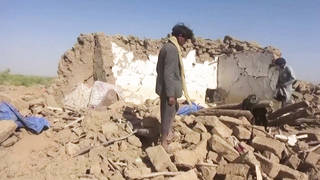