Saudi Oil, U.S. Troops, and the Murky Relationship Between the Saudi Royal Family, the Bin Laden Family, and the Bush Family

As the U.S. military continues to bomb Afghanistan, U.S. officials announced last week that fifteen of the 19 men who hijacked the four airplanes involved in the September 11 terror attacks hailed from Saudi Arabia. Osama bin Laden,who President Bush has named as the prime suspect in the September 11 attacks, is Saudi Arabian. The Saudi government has allowed Saudi-based Muslim charitable organizations to funnel money to Al Qaeda. Since Sept. 11,Riyadh has refused pleas from Washington to freeze Osama bin Laden’s assets and those of his associates. Riyadh has so far refused to cooperate fully with Washington’s investigations of hijacking suspects And Riyadh has barred Washington from using Saudi air bases to launch attacks against Afghanistan.

But Washington has hardly mentioned the country. Today, we’re going to spend the hour looking at the Saudi-U.S.relationship, past and present.

Web ExclusiveSep 11, 2012Read an Excerpt from “500 Days: Secrets and Lies in the Terror Wars” by Kurt Eichenwald

The original content of this program is licensed under a Creative Commons Attribution-Noncommercial-No Derivative Works 3.0 United States License. Please attribute legal copies of this work to democracynow.org. Some of the work(s) that this program incorporates, however, may be separately licensed. For further information or additional permissions, contact us.
NEXTGeorge Bush Senior Furthers the Business Interests of a Lucrative $12 Billion Private Equityfirm with Connections to the Bin Laden Family 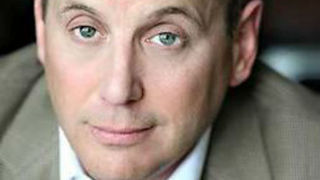 Read an Excerpt from “500 Days: Secrets and Lies in the Terror Wars” by Kurt Eichenwald