Michael Parenti on “The Culture Struggle”

We end today’s program with the words of acclaimed writer, political analyst and social critic, Michael Parenti. He is the author of 20 books, including “Democracy for the Few,” “Superpatriotism” and “The Culture Struggle.” [includes rush transcript]

Web ExclusiveMay 13, 2011Pt. 2 of Interview with Steve Earle: “Democracy is Something that is Contagious”

AMY GOODMAN: We end today’s program with the words of the writer, political analyst, social critic, Michael Parenti, author of more than 20 books, including Democracy for the Few, Superpatriotism, now The Culture Struggle. Michael Parenti joined us in our firehouse studio yesterday for a conversation about the war in Iraq, democracy in the U.S. and what he calls “gentlemen imperialists.” I began by asking him about his assessment of where we stand right now.

MICHAEL PARENTI: U.S. withdrawal and — you mean, why they withdrew? It just became so untenable and unpopular in the U.S. It seemed endless. There seemed no out. And I think that’s the same thing that’s happening here. You’ve seen within the last six or seven months in Congress, it’s amazing, and in the country, where before they were hesitant to say, “Oh, I’m not sure we want to get out.” They’re all now saying it, and they realize most of the American public wants to get out. Bush no longer uses the term “stay the course.” They discovered that “stay the course,” the American public was rejecting it, because it had kind of an endless quality. There was no exit to it, you know, this “stay the course.” So they’ve dropped it. They never use it anymore. They know they, themselves, are in a dead end here.

AMY GOODMAN: Can you talk about how culture fits into this story? You’ve just written a new book, one of your many. This is called The Culture Struggle. Why focus on culture now?

MICHAEL PARENTI: I’ve found that culture is a highly contested area. There are immense and important struggles going on all over the world in regard to culture. And what we’re taught is an enlightened view, that in reaction to cultural supremacism and cultural imperialism, we’re taught that we shouldn’t really judge cultures. And yet, every single culture, including our own, needs to be judged, because cultures are not neutral things. Some people benefit and other people can be victimized by culture.

One of the greatest victims, universal victims, of just about all cultures in the world are women, for instance. And the more I went into this, the more I realized how that was true. And by “victimize,” I don’t mean job opportunities only or life roles or this, but in sheer physical survival. The amount of harm and abuse and violence that is delivered upon women in all cultures is really horrifying, and it seems to me — I mean, there are some village cultures in Central Asia and the Middle East and some parts elsewhere, other places in the world, where if a young woman is raped, her father then kills her to restore the honor of his family. I mean, this is what we’re facing. And even in our own culture, the violence against women in this culture is pandemic. And I think much of feminism, which is so focused on lifestyle issues, personal expression, personal development issues, which are all important and good issues — I think maybe much more militant attention should be directed to this issue.

AMY GOODMAN: You talk about the mass marketing of culture.

MICHAEL PARENTI: Yes, well, there we see that we create less and less of our culture. The little bits we do create we call “folk culture,” and even some of that is marketed.

AMY GOODMAN: And psychiatry, you talk about psychiatry as a control weapon.

MICHAEL PARENTI: Yes. Well, psychiatry has always had a history of pretending to be purely scientific, and it’s rather riddled with all sorts of conventional and elitist values of one kind or another. We know how psychiatry has treated women. Psychiatrists back in the antebellum days used to talk about slaves suffering from a disease called drapetomania, and it was the irresistible impulse to run away from their slavery, and this was seen as a psychological maladjustment, and such, for generations. Right up into the 1970s, homosexuality was treated as a sickness that had to be treated in some way. And today, the American Psychiatric Association has reversed their position and say it isn’t a sickness. Well, both those positions were arrived at in nonscientific ways. The first was just part of a homophobic culture, and the second was in response to the political activism of gays, who said, “Stop it! This is a form of oppression upon us.”

MICHAEL PARENTI: Cultural imperialism just shows that imperialism doesn’t work alone. When a power or a conquering force goes into an area, it then brings in its own holy men and its own standards and its own cultural styles in life to impose on the people, to the extent that it serves the colonizing power. And behind cultural imperialism is ethnocentrism, the presumption that we are, after all, a superior culture to you, and so we’ll come in and we’ll show you how you really should be living.

We get some of that in the present Iraq War. There’s a presumption that this 5,000-year-old civilization, the one that invented writing and all sorts of other things, needs the guidance of the Bush White House in learning what democracy is about. That’s the biggest joke of the day. You didn’t even crack a smile. And that’s a perfect example of cultural imperialism, especially since the Iraqis had a democratic revolution back in 1958, which was slowly undermined by the right wing of the Baathist Party under Saddam Hussein, who himself was getting aid and being brought along by the CIA. That’s a part that the major media has totally dropped down the memory hole, and we never hear about it.

Pt. 2 of Interview with Steve Earle: “Democracy is Something that is Contagious” 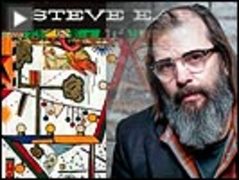 Pt. 2 of Interview with Steve Earle: “Democracy is Something that is Contagious”