Bunnatine “Bunny” Greenhouse, the former chief oversight official of contracts at the Army Corps of Engineers, has reached a $970,000 settlement six years after she was demoted for publicly criticizing a multi-billion-dollar, no-bid contract to Halliburton—the company formerly headed by then-Vice President Dick Cheney. Greenhouse had accused the Pentagon of unfairly awarding the contract to Halliburton subsidiary Kellogg Brown & Root. Testifying before Congress in June 2005, she called the contract the worst case of government abuse she had ever witnessed in her 20-year career. Just two months after that testimony, Greenhouse was demoted at the Pentagon, ostensibly for “poor performance.” She had overseen government contracts for 20 years and had drawn high praise in her rise to become the senior civilian oversight official at the Army Corps of Engineers. With the help of the National Whistleblowers Center, Greenhouse filed a lawsuit challenging her demotion. In a Democracy Now! broadcast exclusive, Greenhouse announces that a settlement has been reached in what is seen as a major victory for government whistleblowers. We’re also joined by Greenhouse’s attorney, Michael Kohn, and by Stephen Kohn, executive director of the National Whistleblowers Center. [includes rush transcript]

AMY GOODMAN: Today, a Democracy Now! exclusive, as we turn to the resolution of one of the most significant U.S. government whistleblower cases to result from the Iraq war. The former chief oversight official of contracts at the Army Corps of Engineers has reached a settlement six years after she was demoted for publicly criticizing a multi-billion-dollar, no-bid contract to Halliburton. That’s the company that was formerly headed by, well, then-Vice President Dick Cheney. The official, Bunnatine Greenhouse, known as Bunny Greenhouse, had accused the Pentagon of unfairly awarding the contract to Halliburton subsidiary Kellogg Brown & Root, KBR. Testifying before Congress in June 2005, Bunny Greenhouse called the contract the worst case of government abuse she had ever witnessed in her 20-year career.

BUNNATINE GREENHOUSE: My name is Bunnatine H. Greenhouse. I have agreed to voluntarily appear at this hearing in my personal capacity, because I have exhausted all internal avenues to correct contracting abuse I observed while serving this great nation as the United States Army Corps of Engineers senior procurement executive. In order to remain true to my oath of office, I must disclose to appropriate members of Congress serious and ongoing contract abuse I cannot address internally. I can unequivocally state that the abuse related to contracts awarded to KBR represents the most blatant and improper contract abuse I have witnessed during the course of my professional career.

AMY GOODMAN: Just two months after that testimony, Bunny Greenhouse was demoted at the Pentagon, ostensibly for “poor performance.” She had overseen government contracts for 20 years, had drawn high praise in her rise to become the senior civilian oversight official at the U.S. Army Corps of Engineers. With the help of the National Whistleblower Center, Bunny Greenhouse filed a lawsuit challenging her demotion.

In this Democracy Now! exclusive, she joins us today from her home to announce that a settlement has been reached in what’s seen as a major victory for government whistleblowers.

Bunny Greenhouse, welcome to Democracy Now! Thank you for joining us on the line from Virginia. We’re also joined on the phone by her attorney, Michael Kohn, president of the National Whistleblowers Association, and here in New York by Stephen Kohn, executive director of the National Whistleblowers Association. So welcome, all. Bunny Greenhouse, first, your feelings today?

BUNNATINE GREENHOUSE: Well, it’s a mixture of happiness, to be able to go on with the rest of my life and be a contributory American citizen, and it’s a bit of sadness, because I was postured, you know, to go on with the court case, you know, that it would be a victory, as well. But, you know, when I was faced a year ago with an attempt to physically harm me, I knew then that it was time to get out of such a hostile environment.

AMY GOODMAN: What do you mean? What was—what happened to you last year?

BUNNATINE GREENHOUSE: Well, the day before my 66th birthday, I was directed to be at my desk for the final day of a fact finding on another EEO case that I had. And not knowing—being so focused on getting that done, I didn’t notice that a trap had been set up for me to fall. And it was a long white cord that was stretched across, with a big loop on the end. And after that fact-finding session, I got up, unnoticing this, and had—was so doubly looped under my file cabinet, I tripped on this. And now the kneecap on the left side doesn’t move at all. And so, I knew then to ask my commander to either work from home or from a telework, official telework site, or move to another agency. And they refused to do that, saying that I had to settle my global case rather than that. So, that’s the sad part of it, that I had to, you know, stop the venture of going before a jury, because my physical welfare had finally come into jeopardy.

BUNNATINE GREENHOUSE: Well, I had taken an oath of office that said that I was going to conduct the business of procurement and contracting in the Corps impartially, beyond reproach, with the highest degree of integrity, and with preferential treatment toward none. That was federal law, and one that I respected.

I noticed that when they sent in the sole-source, no-bid contract justification, it had in there only government-imposed uniquenesses of the company—you know, KBR—not their own uniquenesses, such as a contingency plan, that the winner had to be familiar with a contingency plan. That was a plan that they had—the government had developed under another—out of scope, under another contract, which is like an economic analysis, that determines all of the budgeting, all of the actions and movements that were going on in the prosecution of that war. Halliburton had been granted that privilege to do that at $2 million. I felt that that was a conflict of interest for any follow-on contracts resulting out of that contingency plan. They also had to know—the winner had to know the day-to-day operations of CENTCOM. Halliburton also had been awarded the LOGCAP contract, you know, which also was a government-imposed uniqueness on them. So they were the only one who knew the day-to-day operations. So, these were kinds of things that I felt that that was unfair. It was a conflict of interest. And those conflicts of interest had been mitigated.

Also, they were asking for a five-year contract for compelling emergency. There is no compelling emergency in the world that people sitting back in Washington would not have an effect upon after a one-year time period, you know, to change or to continue if it was needed for the same contractor, you know, for that venture. Five years just could not be tolerated. They immediately changed it to a two-year base and three-year options, when it came to me as the final signatory. When I found out that General Strock had been the person who said that it was going to—the five years were going to stay, I had no choice because the war was imminent, but to write my objections above my name to let them know that we possibly would be misunderstood, you know, with a contract for five years, even though it was two years and three one-year options. But had I not done that, that five years would never have been revisited, and that would certainly hurt the industrial base, where this contract was supposed to be a bridge.

BUNNATINE GREENHOUSE: My two cents was, if it’s going to be a bridge, let it look like a bridge.

AMY GOODMAN: We only have a few minutes.

AMY GOODMAN: And I wanted to quickly ask, who was in charge of awarding this contract? Was it unusual? You work for the Army Corps of Engineers, but wasn’t this under the purview of the Secretary of Defense, of Donald Rumsfeld, at the time? Is that who decided this?

AMY GOODMAN: And you bravely testified in Congress about what you saw as wrong, even as you were employed by the Army Corps of Engineers and when you were blowing the whistle.

BUNNATINE GREENHOUSE: Yes. I had no choice. I was not willing to compromise my values, because I believe that integrity in government is not an option, that it’s an obligation by all of those who have—who are employed, you know, by the government—

AMY GOODMAN: You were demoted afterwards?

BUNNATINE GREENHOUSE: —regardless of what the consequences would be.

AMY GOODMAN: You were demoted afterwards?

BUNNATINE GREENHOUSE: Yes, I was.

AMY GOODMAN: Stephen Kohn, the significance of this case?

STEPHEN KOHN: Well, federal employees have a very, very hard time blowing the whistle. So whenever the government is forced to pay full damages for all back pay, all compensatory damages, all attorneys’ fees, that’s a major victory. I hope it’s a turning point. The case was hard-fought. It should never have had to been filed. Bunny did the right thing.

I also want to point out that public support was critical for this case. Thousands upon thousands of Americans wrote emails, voiced their support for Bunny. And that, I think, had a major impact on the government.

AMY GOODMAN: And legally—on the phone with us also, Michael Kohn—the significance of this case and for whistleblowers today, very much, under—very much being pursued in the Obama administration?

MICHAEL KOHN: Everyone should be calling their representatives and telling them they want federal employees to have better laws protecting whistleblowers.

AMY GOODMAN: Well, we’re going to leave it there. We want to thank Michael and Stephen Kohn for being with us, as well as Bunny Greenhouse, the whistleblower who has won. 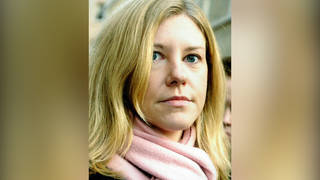