Grayson on Money & Politics: “If We Do Nothing, We Can Kiss This Country Goodbye. Well, Pucker Up”

A day after a mailman from Florida landed a tiny personal aircraft called a gyrocopter on the lawn of the U.S. Capitol in a protest to demand campaign finance reform, we speak to Rep. Alan Grayson of Florida about money and politics. Grayson also reveals that he will “probably” run for U.S. Senate in 2016 for Marco Rubio’s seat, who has joined the race for the Republican presidential nomination.

AMY GOODMAN: Congressman Grayson, I assume you heard the story of the gyrocopter that landed on the White House lawn [Capitol lawn]. This mailman named Doug Hughes, basically a flying bicycle, landed on the lawn. He expected to be blown out of the air. But he said he was doing this for campaign finance reform. He had a letter to every member of Congress. I want to ask you, how much does the money that is going to your fellow Democrats and Republicans determine their support for TPP?

REP. ALAN GRAYSON: It’s decisive. I am the only member of the House of Representatives—there are 435 of us—

AMY GOODMAN: Rather, he landed on the lawn of the U.S. Capitol, so it was even closer to you.

REP. ALAN GRAYSON: That’s right. I’m the only member of the House of Representatives who raised most of his campaign funds in the last election from small contributions of less than $200. Thousands of people came to our website, CongressmanWithGuts.com, and made contributions. I am one—one—out of 435. On the other side of the building, over at the U.S. Senate, there’s only one member of the U.S. Senate who raised most of his campaign from some small contributions. That’s Bernie Sanders, who you heard earlier in this broadcast. That tells you something. In fact, to a large degree, in both parties, because of the absence of campaign finance reform, the place is bought and paid for. And the only question is: Do the members stay bought? That’s what the corporate lobbyists stay up late at night wondering about: Is that member going to stay bought?

Now, I was actually in the courtroom when this disastrous Citizens United decision was decided five years ago. Mitch McConnell was two seats to my left. We were the only public officials who were in the courtroom. Mitch McConnell was the happiest I have ever seen him that day. He was literally chortling when the decision was rendered. And I said on MSNBC that night five years ago that if we do nothing, you can kiss this country goodbye. Well, pucker up, because right now the millionaires and the billionaires and the multinational corporations are calling the shots with whatever they want in TPP, whatever they want in fast track—more generally, whatever they want. They get the bailouts. They get the tax breaks. They get the so-called deregulation. They get what they want here because they get what they pay for.

REP. ALAN GRAYSON: I’m giving it a lot of attention. The answer is probably yes, but I haven’t made up my mind yet once and for all. I hope to do that soon.

AMY GOODMAN: Well, we want to thank you for being with us, Congressman Alan Grayson, Democrat of Florida’s 9th Congressional District, and Lori Wallach, director of Public Citizen’s Global Trade Watch.

This is Democracy Now! When we come back, we’re going to Cambridge, Massachusetts. What’s Harvard Heat Week? Stay with us. 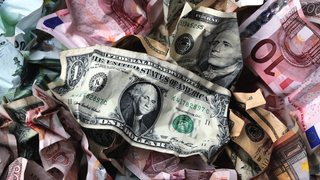