In 1986, Bernie Sanders, then mayor of Burlington, challenged sitting Vermont Governor Madeleine Kunin. Sanders largely ran on a platform to tackle economic inequality. We speak to Kunin about the consistency of Sanders’ message and why she and the political establishment have opted to back Hillary Clinton this year.

AMY GOODMAN: Our guests today to debate the Democratic candidates are Darnell Moore of Black Lives Matter—the movement has decided not to endorse anyone; Ben Jealous, former head of the NAACP, is endorsing Bernie Sanders for president; and Madeleine Kunin, the first woman governor of Vermont, is endorsing Hillary Clinton. We wanted to go back to 1986, to the Vermont gubernatorial race, when Bernie Sanders challenged our guest, Madeleine Kunin, the sitting governor at the time of Vermont. During the campaign, Sanders and Kunin appeared together during a call-in show on C-SPAN.

MAYOR BERNIE SANDERS: What we know right now is that wealthy people and corporations in the state of Vermont are paying less than they paid five years ago in combined state and federal taxes. We know that homeowners and poor people are paying significantly more in property taxes. So what you’re seeing in the state of Vermont is an interesting tax situation: wealthy people, corporations paying less in personal and corporate income tax; homeowners, low-income people paying more in property taxes.

What we are proposing is serious tax reform, which both Governor Kunin and Lieutenant Governor Smith are running away from. We are saying and will demonstrate that, in point of fact, we can lower the property tax burden on homeowners in the state by 20 percent, we can significantly increase state aid to education, far more than what the governor is talking about, and we can do this without having anybody in the state of Vermont—not the richest person in the state of Vermont—paying more in combined state and federal taxes than they paid five years ago. I think that’s the direction we should go. But we’re going to have to have the guts to create a tax system here in the state of Vermont and not let Washington make the tax laws for us.

GOV. MADELEINE KUNIN: Let me just add one very important note. This administration is going to enable the state of Vermont to have the biggest tax cut in its history—$20 million—as a result of getting rid of the surcharge that we enacted earlier, because we retired the deficit and lived within our means. Now, the mayor talks about $300 million, simply getting that from the corporations and the rich. That’s a mythology. There aren’t those kinds of corporations. There aren’t those kinds of rich people. Those are Vermonters who pay those taxes, and they’re middle-income Vermonters. So it’s easy to talk in theory and pinpoint evil at some distant place, but the Vermont economy, the Vermont taxpayer, isn’t made up that way. You would be taking that money out of the pockets of Vermonters. It isn’t done with blue smoke and mirrors.

AMY GOODMAN: That was the 1986 gubernatorial race. Madeleine Kunin kept her seat as governor, and defeating the mayor of Burlington, Bernie Sanders. This issue of income inequality has been Bernie Sanders’ issue for decades. He has not wavered. In fact, Governor Kunin, this issue is certainly one that has affected Hillary Clinton’s campaign, as she changes her rhetoric around income inequality because of Bernie Sanders’, to many, surprising surge in the polls.

MADELEINE KUNIN: Well, it is a familiar tune, as you could see by that—by that clip. And Bernie hasn’t changed his tune. But what has happened is that the times have become even more unequal, so it has more resonance. But, you know, you’ve got to get the money from somewhere. And I haven’t changed my tune, either. I agree with what he says in principle, but how do you make it a reality? You know, how do we have an effective president of the United States? The word “revolution” is beautiful. You know, I’d like a revolution myself. I mean, the title “revolution” is in my book, The New Feminist Agenda, about women’s issues. But I think you have to say, “Who’s going to make it happen? Who can have the temperament to be president? Who can have the networks? Who can be collegial?”

You know, research has shown that women—and you see it in the United States Senate—they work well with each other. They work across party lines. They do their homework. And, you know, I’ve been involved in the women’s movement all of my life. And when—you know, we were told, to make it in the man’s world, you’ve got to play the game, while you’re changing how the game is played. And that’s what she is doing.

As far as the incarceration issues, we all deplore what is happening.

MADELEINE KUNIN: Even the Republicans are coming aboard and say we have incarcerated too many people for minor crimes. So, Hillary is firmly in the camp of prison reform, as well, and sentencing reform. So, what I think she brings to it—

AMY GOODMAN: I want to—I want to just ask a—

MADELEINE KUNIN: —that distinguishes her is that she is tried and tested and vetted, and that she will be the strongest candidate to face the Republicans. And we have to go to that next step and say, “Who can prevent the election of Donald Trump or Ted Cruz? Who can really be on our side, not only by talking about it, but by acting on it?”

AMY GOODMAN: You know, I wanted to go back to the issue of Bernie Sanders in Vermont. What’s very interesting in New Hampshire, everyone says, “Well, of course he’s winning there, because it’s next door to his home state, Vermont, where he’s very popular.” And he is very, very popular on the ground. But what’s interesting is that the leadership in Vermont is supporting Hillary Clinton. You have Madeleine Kunin, our guest today; Patrick Leahy, the senior senator there; Howard Dean, who ran for president and was former head of the DNC; Peter Shumlin, the previous—the current governor. So, you have all of the leadership there, so it’s not so obvious. And I wanted to put this question to Ben Jealous: Why it is you see these differences all over the country, the leadership dividing from the people on the ground, and what you think Bernie Sanders—why you think that is?

BENJAMIN JEALOUS: It’s not clear to me. I think that the reality is, when you talk to voters on the ground, you ask them what they think, they say, “Well, that is the establishment doing what the establishment does.” I think most voters see that. I think the most important thing, and I think the governor is absolutely right: We need a Democratic nominee who can beat the Republicans at the poll next fall. In every single poll now for weeks, it’s been very clear Bernie Sanders is that candidate.

You know, it’s painful for me to be on here with the governor on different sides, because, look, if Senator Warren was running, we may have found ourselves on the same side. But because it’s Hillary Clinton versus Bernie Sanders, what you see is a very clear choice. And again, the establishment has tended to line up, as they do, for the folk—you know, for the person who’s sort of most of—you know, most of their ilk, if you will. But people on the ground are switching very, very quickly. And that’s the very exciting thing.

We Endorse No One: Black Lives Matter & the 2016 Presidential Race

NEXTWe Endorse No One: Black Lives Matter & the 2016 Presidential Race 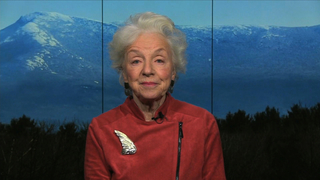