Yemeni Journalist: Saudi Arabia’s Total Blockade on Yemen is “Death Sentence” for All

United Nations officials say Yemen will face the world’s largest famine in decades if the Saudi-led coalition refuses to lift its blockade on deliveries of aid. On Monday, the coalition shut air, land and sea routes into Yemen after Houthi rebels fired a missile that was intercepted near the Saudi capital, Riyadh. Saudi Arabia says its blockade is needed to stop Iran from sending weapons to the rebels. The U.N. says aid agencies were given no prior notice of the Saudi decision to shut down all land, air and seaports in Yemen. Meanwhile, medical experts warn the clampdown will worsen Yemen’s cholera epidemic, which has sickened more than 900,000 people. We are joined by Afrah Nasser, an independent Yemeni journalist who is the founder and editor-in-chief of the Sana’a Review. Facing death threats, she is in exile from Yemen but continues to report on human rights violations, women’s issues and press freedom there. She is here in the U.S. to receive the International Free Press Award from the Committee to Protect Journalists.

NERMEEN SHAIKH: We turn now to Yemen, which United Nations officials say will face the world’s largest famine in decades if the Saudi-led coalition refuses to lift its blockade on deliveries of aid. On Monday, the coalition shut air, land and sea routes into Yemen after Houthi rebels fired a missile that was intercepted near the Saudi capital, Riyadh. Saudi Arabia says its blockade is needed to stop Iran from sending weapons to the rebels. U.N. aid chief Mark Lowcock warned that if the blockade is not lifted, the resulting famine will claim millions of lives. He was speaking to reporters after a briefing at the Security Council.

AMY GOODMAN: The U.N. says aid agencies were given no prior notice of the Saudi decision to shut down all land, air, seaports in Yemen. The World Food Program said Monday, out of Yemen’s population of 28 million people, about 20 million, quote, “do not know where they’re going to get their next meal.” Meanwhile, medical experts warn the clampdown will worsen Yemen’s cholera epidemic, which has sickened more than 900,000 people.

For more, we’re joined by two guests. We’re going to begin with Afrah Nasser, award-winning independent Yemeni journalist, founder and editor-in-chief of the Sana’a Review. Facing death threats, she’s in exile from Yemen but continues to report on human rights violations, women’s issues, press freedom there. She’s here in the U.S. to receive the International Free Press Award from the Committee to Protect Journalists.

Welcome to Democracy Now!, Afrah. I was wondering if you could start by talking about this blockade, talking about war, famine and cholera in your country, Yemen.

AFRAH NASSER: It’s an extremely dire situation. Like even before this total blockade, there were many reports that every 10 minutes there is one child getting killed because of the implications caused by the war, such as, you know, the total collapse of the healthcare system. Already there was a partial blockade imposed on many entries in Yemen for more than one year, that really exasperated the humanitarian situation because of the lack of access for, you know, humanitarian operations to operate in the country and to send humanitarian aid and send medicine and food. And so, even before this total blockade, there was a partial blockade that impacted all aspects of life. So, the recent, like over the weekend, the decision by Saudi Arabia or the Saudi-led coalition to impose a total blockade means a death sentence that will kill all Yemenis. If we used to warn about a looming famine, it is already there.

Now we will not even hear or listen or know anything about what’s happening on the ground. The journalists are where they’re behind jail. International journalists are not able to have an access to the country. So, it’s going to be like—it’s beyond tragedy, that doesn’t even caught, you know, world’s attention, because of the blockade and the impossible access for journalists to report from there.

NERMEEN SHAIKH: Well, Afrah Nasser, on Monday, you tweeted, quote, “I woke up, reading a message from my family in Sana’a, 'All entries to Yemen are closed. We will die, we will die.'” Now, your own mother is in Sana’a, and other relatives of yours, whom you’re in touch with regularly. What do you hear from them?

AFRAH NASSER: Most of my family are in Sana’a. And my story is not a exception. Death is the new norm in Yemen. Every household have been impacted by the war. They have one cousin or one brother or one relative who died because of—if it’s not under the Saudi-led airstrikes or the shelling of the Houthi and Saleh forces in Taiz and other disputed areas, the shortage, the extreme lack of medicine and food and healthcare have—you know, I’ve lost count of how many relatives that I know, or friends of friends and relatives of my friends, who died because of the implication caused by the conflict. Myself, I lost my aunt two years ago. Just last week, I lost also another two relatives, distant relatives. And all were not victims of the airstrikes, but they were victims of the blockade and the shortage in medicine and the total collapse of healthcare.

When I got my message—that message from my mother, it was like a pleading message to the world. She knows that I get an access to speak to international media. And she wanted to tell the world that nobody will know what is happening to us, and we will die in a silent death, because of this total blockade.

NERMEEN SHAIKH: And, Afrah Nasser, since you’ve been here, yesterday you met with Senator Chris Murphy of Connecticut. You’ve been meeting with officials here in the U.S. What are you telling them? What do you think needs to be done? What should the U.S. position be?

AFRAH NASSER: I think the U.S. administration—actually, to be honest, it’s hopeless with the White House, and our only hope is with the Congress and the senators, who have better sympathy toward the situation in Yemen.

And no question that the U.S. has its hand in what’s going on in Yemen. They are a participant in creating, you know, the world’s largest humanitarian crisis. They are a participant in creating the largest famine that we will see, that the U.N. official was talking about earlier. I think the U.S. administration has to admit that it is giving its political backing to the Saudi-led coalition. It has given its, you know, support with the arms sales and the intelligence and logistic assistance to the military operation, plus even with this total blockade. The U.S. Navy has about 80 percent control over the ports to Yemen. So, absolutely, this is—what’s going on in Yemen is absolutely relevant to the U.S. administration.

From my meetings so far, there have been some positive feedback, because, you know, as a journalist, I was able to meet and talk and report like firsthand to them. But that is not, you know, like a privilege that other journalists get. If it was not for the support from Committee to Protect Journalists, I wouldn’t have that chance, you know, to give like a firsthand narrative to what’s going on to my family and friends and everyone that I know in Yemen.

NERMEEN SHAIKH: Well, Afrah Nasser, on the question of arms sales, The Independent newspaper in the U.K. reported recently—this week, in fact—that the country’s sales of bombs and missiles to Saudi Arabia have increased by almost 500 percent since the Saudi bombing campaign of Yemen began. The U.S. and the U.K. remain the largest suppliers of arms to Saudi Arabia. Could you talk about that and what you think the U.S. and the U.K.—what can be done to stop these arms sales, or at least to limit them?

AFRAH NASSER: That sounds really shocking, but to be honest, for me, I was not surprised when I read the report. Just like one week or two weeks ago, there was a report that the U.K. general secretary was—state secretary was giving a talk at a hearing, saying that our criticism to Saudi Arabia human rights record would definitely harm our arms sales to them. So, absolutely, there is a double standard from Western governments, like the U.K. and the U.S. and others, that, you know, once their ally have the money and the cash, they will have disregard to the human costs that these weapons or how these weapons could be used to commit war crimes. This is absolutely like a double standard, that Yemenis themselves know or understand better than everyone, that their blood costs nothing. Their lives don’t matter in face of the cash coming from Saudi Arabia or the other members in the Saudi-led coalition, such as United Arab Emirates.

I live in Sweden, and I’m working right now on an article that expose the arms sales from Sweden to the United Arab Emirates. Believe it or not, there is like a military weaponry office and semi-factory in Abu Dhabi, in United Arab Emirates. And I can imagine that living and, you know, thinking that—in Western countries, there are a lot of lecturing about the human rights and respect for democracy values and so on. But once it’s in a country that its only fault that it’s poor, so there is no—there is disregard to the human cost that such a arms deal could, you know, accomplish on the ground. It’s such a—

AMY GOODMAN: Afrah Nasser, let’s go to a clip of an Al Jazeera reporter questioning the U.N. secretary-general’s spokesman on the Saudi blockade.

JAMES BAYS: Does the U.N. believe that by its actions—this blockade—that Saudi is in breach of international humanitarian law?

STÉPHANE DUJARRIC: I’m not in a position to issue a legal ruling. What we do know is that the blockading of ports and airports and land routes can have a tremendously negative impact on a situation which is already catastrophic.

AMY GOODMAN: So, Afrah Nasser, your response to the U.N. secretary-general’s spokesperson?

NERMEEN SHAIKH: Do you think he should have named Saudi Arabia specifically and said that Saudi Arabia was responsible for the devastation of Yemen today?

AFRAH NASSER: Actually, there are many participants in what’s happening in Yemen. Absolutely, it’s Saudi Arabia and the members of the Saudi-led coalition, and also other Western countries that are directly involved in, you know, the military operation. So, all these countries have responsibility to, you know, to uphold the human well-being, before their—the political and military gains that they are looking for. It’s been more than three years now, with no military gains made by either one side from the warring parts. So, this war sounds insane, actually. 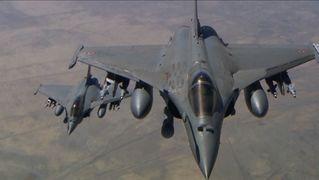