Jared Kushner & Paul Manafort Sought for Questioning over Russia But Will It Be Behind Closed Doors?

President Trump’s son-in-law Jared Kushner has agreed to testify to the U.S. Senate committee investigating ties between the Trump campaign and Russia during the 2016 election. He may also face questioning over a December meeting with the head of a U.S.-sanctioned Russian state development bank known as VEB. President Obama imposed the sanctions in 2014 over Russia’s military actions in Ukraine. The bank disclosed the meeting on Monday and said Kushner was acting as “the head of Kushner Companies.” This information contradicts the statements of White House Press Secretary Sean Spicer, who said on Monday that Kushner was acting as a Trump adviser during the meeting, not as a private developer. The revelations came on the same day Kushner agreed to testify to the Senate committee.

AMY GOODMAN: OK. In the last minutes we have, details have emerged about this December meeting between President Trump’s close adviser, son-in-law Jared Kushner, with the head of the U.S.-sanctioned Russian state bank. President Obama imposed the sanctions in 2014. The bank disclosed the meeting on Monday and said Kushner was acting as “the head of Kushner Companies,” which contradicted the statements of White House Press Secretary Sean Spicer, who said Kushner was acting as a Trump adviser during the meeting, not as a private developer. If you could talk about the significance of this and also the piece you just recently wrote, “Why Manafort’s offer to cooperate in probe is less than meets the eye”?

MICHAEL ISIKOFF: Yeah, well, first of all, on the Kushner thing, I mean, that is a important contradiction there. Was Kushner operating as a private businessperson when he met this Russian banker, or was he acting as a representative of the president of the United States? That’s a huge—

AMY GOODMAN: Because it was after his election.

MICHAEL ISIKOFF: Right, right. So, Kushner needs to explain himself, explain—testify in public. For one thing, it would give us a chance to actually hear him and take his measure. All we do is see him coming in and out of buildings. The guy never talks. We don’t know what he’s like. And it would be—it would be worth hearing from him directly. But, I mean, that’s another example of why we need public testimony.

On Manafort, obviously a key figure in this probe. He was Trump’s campaign manager. He had all these connections going back for years as the political consultant for Yanukovych, the pro-Putin president of Ukraine. He had these business dealings with Deripaska, the pro-Putin oligarch in Russia. And he is a key witness. Now, Nunes announced last week that Manafort had offered to come in and testify. When you actually looked at the statement that Manafort’s representatives put out, they didn’t say “testify.” They say “provide information.” It was very carefully worded and hedged, saying it was going to be about Russian interference in the election, not about his work for Yanukovych, not about his business dealings with Deripaska—all of which might be relevant to the broader inquiry. And it’s not at all clear that he’s willing to testify in public under oath.

AMY GOODMAN: And back—

MICHAEL ISIKOFF: And, by the way, also, start using their subpoena power, which they have not yet done. They need documents before they begin this testimony. That’s legitimate. Every investigation does. But you’ve got to start moving quickly. And, you know, they’ve sent preservation letters, but I haven’t yet seen any evidence of subpoenas.

AMY GOODMAN: Back on Kushner, they’ve already said he’s not going to testify in public.

MICHAEL ISIKOFF: Right, and I—you know, I find that baffling. I think, at this point, he ought to be testifying in public. And it’s not clear to me—and this is another example of why I think if the committees agree to that, I think—or the Senate agrees to that, it’s not being as aggressive and forward-looking as it should be.

AMY GOODMAN: Michael Isikoff, I want to thank you for being with us, chief investigative correspondent for Yahoo News. His latest piece, we’ll link to, “Russia probe in turmoil as top Dem calls for Nunes’ recusal.” This is Democracy Now! We’ll be back in a minute. 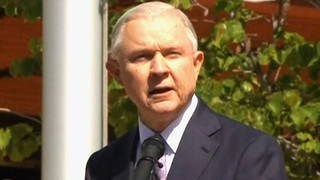