Supreme Court Rules Trump Is Not Above the Law, But Public Unlikely to See Tax Returns by Election

In a pair of 7-2 rulings, the Supreme Court rejected President Trump’s claim of absolute immunity under the law. The court ruled a Manhattan grand jury could have access to the president’s tax returns, but it remains unlikely any of Trump’s tax records will be seen before the election. “Legally, Trump had a big loss,” says investigative reporter David Cay Johnston, founder and editor of DCReport.org. “Politically, he got a big win out of this court.”

AMY GOODMAN: This is Democracy Now! I’m Amy Goodman. In a pair of 7-to-2 rulings, the Supreme Court has rejected President Trump’s claim of absolute immunity under the law. The court ruled a Manhattan grand jury can have access to the president’s tax returns, but it remains unlikely any of Trump’s tax returns will be seen before the election. In both cases, Chief Justice John Roberts, Brett Kavanaugh and Neil Gorsuch sided with the liberal justices.

Roberts wrote, quote, “In our system, the public has a right to every man’s evidence [and] since the founding of the Republic, every man has included the President of the United States.” Chief Justice Roberts cited historic rulings requiring President Richard Nixon to release tapes from his Oval Office conversations and President Bill Clinton to provide evidence in a sexual harassment lawsuit.

He also relied on an 1807 trial in which Aaron Burr subpoenaed Thomas Jefferson, a move Chief Justice John Marshall deemed legal at the time. Roberts wrote, quote, “Two hundred years ago, a great jurist of our Court established that no citizen, not even the President, is categorically above the common duty to produce evidence when called upon in a criminal proceeding. We reaffirm that principle today and hold that the President is neither absolutely immune from state criminal subpoenas seeking his private papers nor entitled to a heightened standard of need.”

In a separate decision, the court affirmed that Congress can subpoena records from a president, but ordered a lower court to reconsider the significant separation of powers concerns before such subpoenas are approved.

Donald Trump lashed out at the rulings.

PRESIDENT DONALD TRUMP: Well, the rulings were basically starting all over again, sending everything back down to the lower courts, and you start all over again. And so, from a certain point, I’m satisfied. From another point, I’m not satisfied, because, frankly, this is a political witch hunt, the likes of which nobody’s ever seen before. It’s a pure witch hunt. It’s a hoax, just like the Mueller investigation was a hoax, that I won. And this is another hoax. This is purely political. I win at the federal level, and we won very decisively, and so they send it into New York. And you know what’s going on in New York. Everyone’s leaving. It’s turned out to be a hellhole.

Your former newspaper, The New York Times, David, its headline, six-column banner headline, “President Is Not 'Above the Law,' Justices Decide.” And President Trump calls this whole thing a hoax. Your response?

DAVID CAY JOHNSTON: Well, it is not the least bit surprising that all nine justices, including the two dissenters, agree that the president of the United States is not above the law and must comply with lawful subpoenas.

What’s troubling about the decision is that the court didn’t say, “And the subpoena may be enforced forthwith.” Instead, they sent it back to the U.S. District Court in Manhattan, where there will be further wrangling over this. Now, Donald Trump chose to take his complaints about the Manhattan grand jury subpoena to federal court, removed it from the state court in so doing. The Supreme Court, therefore, could have said, you know, “You chose your forum to seek your remedies. You’ve lost. And the subpoena is proper.” By taking this back to a lower court, it has encouraged further litigation, which may be very brief or may go on for months. And that benefits Trump politically. So, legally, Trump had a big loss — I’m sorry, legally, he had a big loss; politically, he got a win out of this court.

And this decision, I think, also reinforces a very disturbing trend in the Roberts court, which seems to be that if you’re wealthy and can afford more due process, the court will encourage you to get all the due process you want. That sends a signal to prosecutors and regulators not to mess with people who are going to fight back, because they will tie up your limited resources, so just look the other way or don’t pick up cases like this.

AMY GOODMAN: So, in terms of the election, this was a big political win for Donald Trump, though he didn’t exactly take it that way, though his attorney, of course, who argued before the Supreme Court, took it as a big win. But talk about the difference between the congressional case and the New York case, because in the New York case, you’re talking about a criminal prosecution. What could happen, even after Trump steps down, if he agrees to, as president of the United States?

DAVID CAY JOHNSTON: Well, Donald Trump can — and, I suspect, likely will — pardon himself, assuming he is voted out of office. And that’s no certainty at all. But that only covers federal crimes. The New York case is a state case, brought by the district attorney in Manhattan, and presidential pardons do not apply. The Manhattan district attorney already has the information on Donald Trump’s federal tax returns, because the IRS and all the states share information with one another. What they don’t have and what they’re seeking with a subpoena are the business records and accounting records, because if those don’t line up, if Donald Trump’s tax returns deviate from the business and accounting records, then that’s fraud.

Now, the other case, which was also 7 to 2, involved Congress’s duty, powers and rights of oversight. Congress, after all, makes the laws. And the president, the executive, basically is assigned to do and fulfill the obligations and responsibilities that Congress assigns to him. However, in this case, the three committees issued very, very broad subpoenas. I mean, they wanted stuff down to credit card records. And the court was skeptical of the scope of that claim, and perhaps rightly so. I think that the proper groundwork wasn’t laid there. On the other hand, Adam Schiff, one of the key members of the House, says they will now go back and lay the groundwork for this so that they can obtain the records they’re seeking of the president.

And keep in mind that Donald Trump has worked very hard to hide his business records, and we know why. I revealed four years ago that he had had two income tax fraud trials over his 1984 tax return. They were civil fraud, not criminal fraud. The New York Times, in a work that they, in print, very nicely said was inspired by my work, wrote this remarkable, absolutely perfectly executed piece in October of 2018, in which they said flat out Donald Trump and his siblings are serial tax cheats. And we now know that the principal source of records that they used for this came from Mary Trump, Donald Trump’s niece, who just published a book about him. 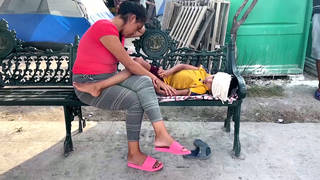