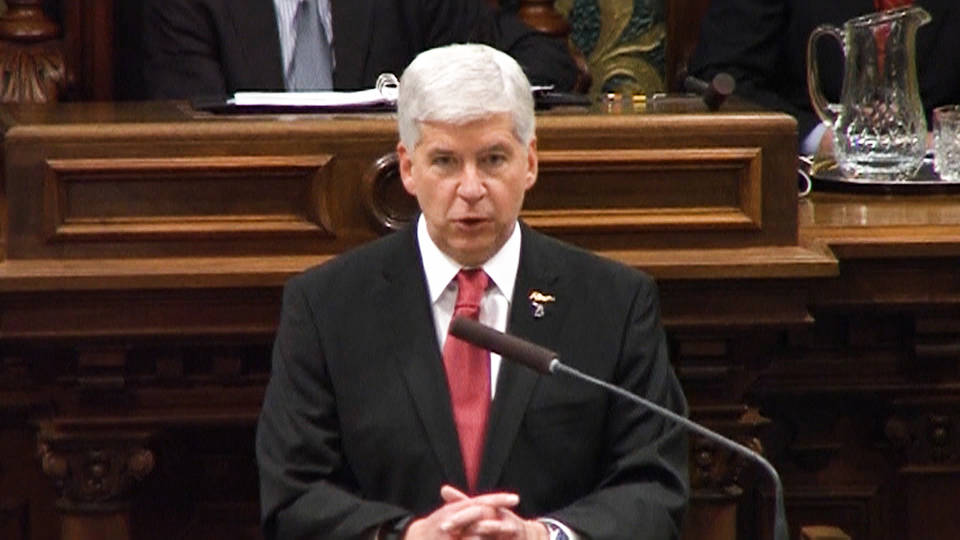 The Associated Press reports former Michigan Governor Rick Snyder and other former officials are being charged in the wake of a new investigation of the Flint water crisis. In 2014, Flint’s unelected emergency manager, appointed by then-Governor Snyder, switched the city’s water supply to the Flint River as a cost-saving measure. The move has been linked to at least 12 deaths from an outbreak of Legionnaires’ diseases and widespread lead poisoning in residents, including children, in the majority-Black city.