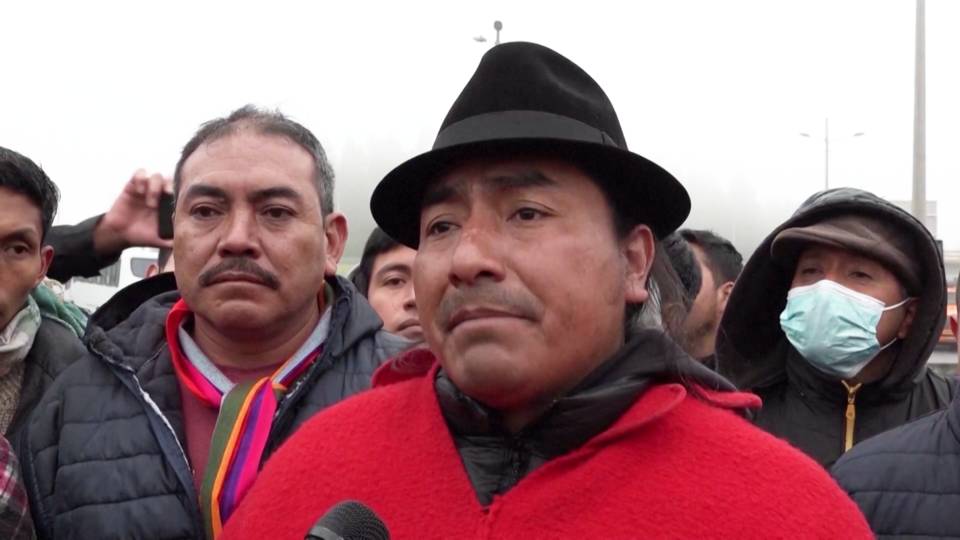 Indigenous-led protests in Ecuador have intensified after the police arrested Leonidas Iza, the head of the Confederation of Indigenous Nationalities of Ecuador, the country’s largest Indigenous organization. Iza’s arrest on Tuesday came a day after he helped launch a nationwide strike to protest Ecuadorian President Guillermo Lasso’s economic policies and rising fuel prices. Iza spoke out on Monday prior to his arrest.

Leonidas Iza: “Yes, indeed, we had to resort to resistance, because the national government has deepened — or, rather, continued with — the policies of former President Lenín Moreno, putting in place more and more policies of death, which don’t allow us to sustain our small economies.”