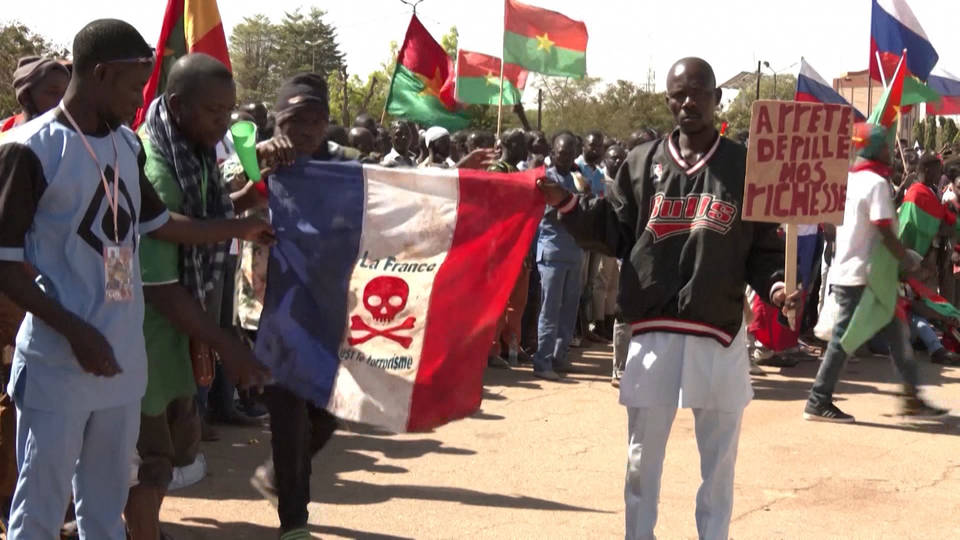 In Burkina Faso, state media is reporting military leaders ordered France to remove all its troops within one month. The country is currently ruled by the military, after Burkina Faso experienced its second coup in just eight months last September. France has some 400 special forces stationed in Burkina Faso as part of the fight against militant jihadist groups, but the prime minister recently said it wants Russia to join them in the counterinsurgency. Protesters took to the streets of Ouagadougou to call for an end to the relationship with its former colonizer.

Adama Sawadogo: “Burkina Faso is tired with France. Burkina Faso wants to break all relations with France. That is why we are burning the French flags, because we want to show France we don’t need her anymore.”

In other news from Burkina Faso, 66 women and children who were kidnapped last week by armed men in the north of the country were freed Saturday.