Co-founder of Dignidad Literaria and a Chicana writer, podcaster and artist. Her most recent book is titled Mean, a memoir about Gurba’s sexual assault, as well as her coming of age as a queer, mixed-race Chicana growing up in Southern California. Gurba also co-hosts the AskBiGrlz advice podcast. She wrote the first viral review of American Dirt that ignited criticism of the book. 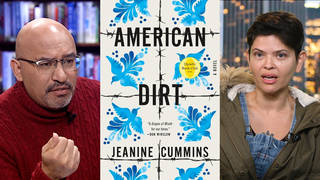