Jeremy Hammond Sentenced to 10 Years in Prison for Cyber-Activism

Today in a federal courtroom in Manhattan, cyber-activist Jeremy Hammond was sentenced to 10 years in prison for hacking the private intelligence firm Stratfor. Watch a press conference with his attorneys.

SARAH KUNSTLER: We fought the good fight. We talked about Jeremy’s motivations and why he did what he did. We talked about the life that he led. And, unfortunately, we were unable to persuade the judge to give him less than the maximum in this case, which was 10 years. I think when Jeremy took this plea with a 10-year maximum, that he understood that this was—this was a very likely outcome for him.

MARGARET RATNER KUNSTLER: We have been in front of this judge on a number of appearances, and we have not found her to be particularly sympathetic to Jeremy. We don’t think that she has the beginning of an understanding of the hacker movement. And she certainly doesn’t have an understanding of the vocabulary used in chat rooms and by hacktivists online. I mean, she—it’s a very overstated vocabulary, and they use the word “kill.” They don’t mean “kill.” They use the word “havoc.” They use the word “mayhem.” But it’s—it’s the way they talk. And she used that against him to deny any social value to the actual work he did, and therefore—and really just used his words against him.

SARAH KUNSTLER: The words that the judge used a lot and that the government used a lot in their sentencing submission were “maximum mayhem.” And the government and the judge felt that the idea of causing mayhem or causing destruction was incompatible with Jeremy’s stated political goals. And we disagree with that. You know, advocating for political change, struggling for political change involves being disruptive at times. It involves being destructive at times. These are some ways the—sometimes the only pathways to change.

KEVIN GOSZTOLA: The key to this case is that we see that there is no willingness by judges to distinguish between acts of hacking for civil disobedience or political purposes and acts of hacking that are malicious. So there’s no recognition of hacktivism under the law.

ROY SINGHAM: The thing that bothers me also in this case is the discrepancy in the sentencing. One of the things that was said by Aaron Swartz’s father at his funeral was that the crime that Aaron or people like Jeremy, who got financial gain out of these things, they’re getting 10 years, whereas other titans of the tech industry who abuse in certain ways public property, taking government, you know, lists of students at universities, using free resources, these people, these titans of tech industry, they are celebrated by our society as innovators, as disruptors. Why the discrepancy? No charges against these people, yet 10 years for Jeremy—this is an unacceptable outcome for the tech sector. And I say, “Shame on the rest of the tech sector for not coming to Jeremy’s defense.” 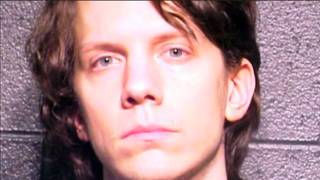