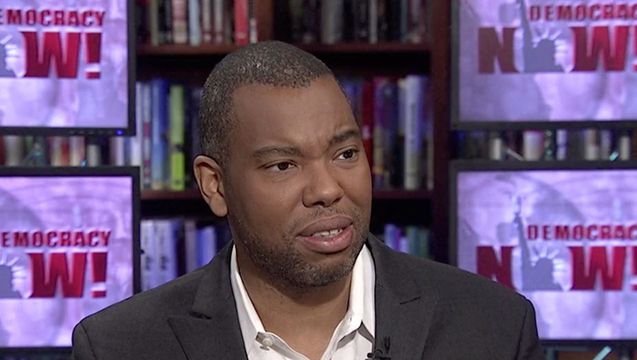 Best-selling writer Ta-Nehisi Coates has been selected as one of this year’s 24 winners of the MacArthur genius grants. Coates is the author of the new book, “Between the World and Me,” which has been called “required reading” by Toni Morrison.

Other winners include Lin-Manuel Miranda, the writer and star of the hit Broadway musical “Hamilton”; Gary Cohen, an environmental health activist; and Juan Salgado, a Chicago-based immigrant rights organizer.

Democracy Now! has featured Ta-Nehisi Coates several times over the past year.

'Between the World and Me': Ta-Nehisi Coates Extended Interview on Being Black in America

Ta-Nehisi Coates on Police Brutality: 'The Violence is Not New, It's the Cameras That are New’

The Case for Reparations: Ta-Nehisi Coates on Reckoning with U.S. Slavery & Institutional Racism

Part 2: Ta-Nehisi Coates on Segregation, Housing Discrimination and 'The Case for Reparations'