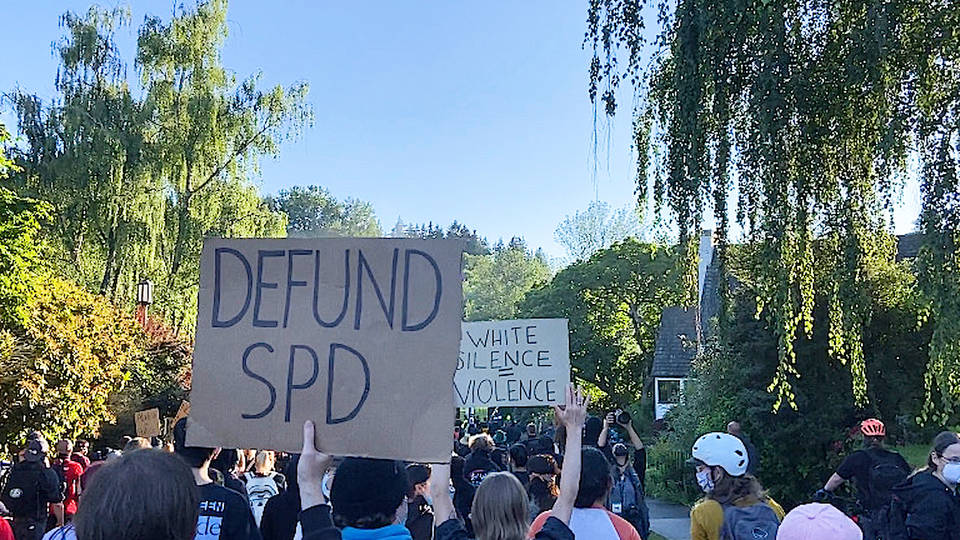 In New York, a protest occupation outside City Hall continues for a sixth straight day, with activists demanding at least a billion dollars in cuts to the police department’s $6 billion budget. The encampment is set to continue until the city budget is submitted by a midnight deadline Tuesday.

In Philadelphia, medical workers briefly took over the shuttered Hahnemann hospital Saturday under the banner “Care Not Cops,” administering free healthcare before the occupation was scuttled by police in riot gear. Hahnemann hospital was closed last September after a private equity executive launched a plan to turn the property into luxury condominiums.

In Seattle, hundreds of protesters marched on the home of Mayor Jenny Durkan Sunday, rejecting her proposal to cut 5% from the Seattle Police Department. The protesters are demanding the city slash the police budget in half, reinvesting the funds in community programs.

In Minnesota, the Minneapolis City Council continued its move to disband its police force Friday as it unanimously voted for a charter amendment that would replace the police with a department of community safety and violence prevention.