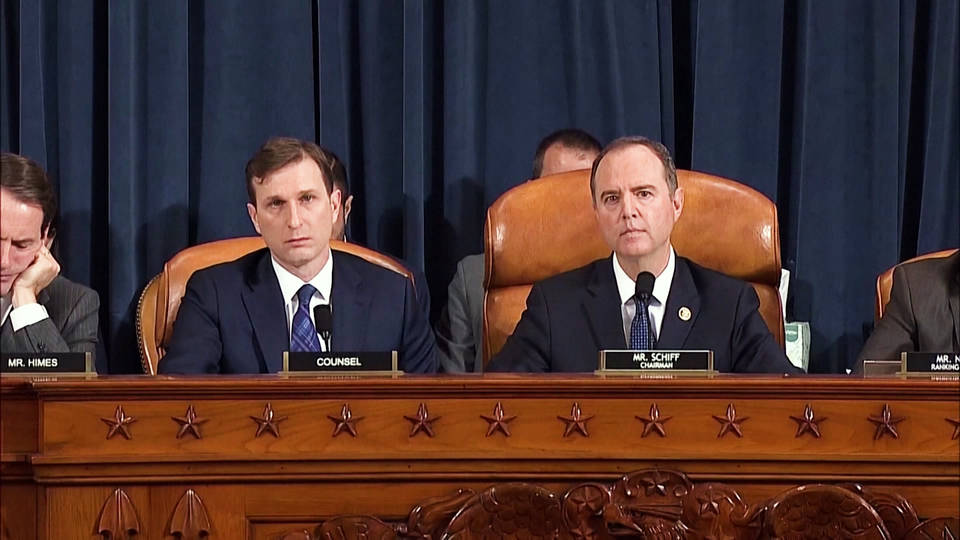 The New York Times is reporting the Trump administration secretly subpoenaed and seized data of two prominent Democrats on the House Intelligence Committee — Adam Schiff and Eric Swalwell — as well as their staff aides and family members, including a minor. Schiff described the move as a “terrible abuse of power.” The Justice Department forced Apple to hand over the records and then placed a gag order on the company preventing it from informing the lawmakers until last month. The Trump administration also seized records from reporters at The Washington Post, New York Times and CNN as part of a sweeping probe into government leaks.