Climate activist and founder of the Climate Disobedience Center. He spent 21 months in federal custody for posing as a bidder in 2008 to prevent oil and gas drilling on thousands of acres of public land in his home state of Utah. He is the subject of the documentary Bidder 70. On Wednesday, DeChristopher was arrested for protesting the West Roxbury pipeline being built by Spectra Energy. 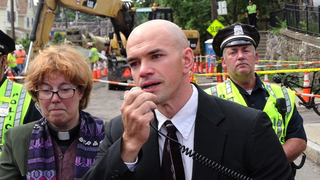 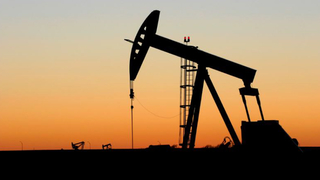 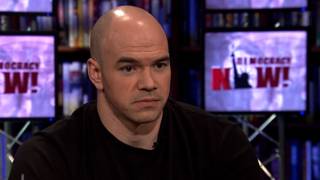 “Now Is Our Time to Take a Stand”: Tim DeChristopher’s Message to Youth Climate Activists at Power Shift 2011