Toxic Chemicals that Threaten Us

Theo Colborn is the Senior Scientist with the World Wildlife Fund; she is an expert in endocrine-disruptive chemicals; co-author (with Dianne Dumanoski, and John Peterson Myers) of Our Stolen Future–How We Are Threatening Our Fertility, Intelligence and Survival–a Scientific Detective Story. Dr. Colburn has given testimony before the U.S. Congress, and lectured on college campuses. Theo Colburn has been called 'the Rachel Carson of the Modern Age'. (Rachel Carson is the author of the book Silent Spring.)

Since the early 1920’s, mankind and industry have released chemicals — over 500 of them have been found at harmful levels of concentration in human tissue — which were never there before. These chemicals include toxins leached from plastics into the environment; dioxins; furans; PCBs; harmful chemicals produced by burning plastic; fertilizers and pesticides — “beneficial” chemicals intentionally created to be persistent in the environment; industrial chemicals from smokestacks and even chemicals released from “microwave-safe” plastic food containers heated in microwave ovens.

Many of these chemicals, some of which are passed from mother to child in the womb, can interfere with the “chemical messengers” which “tell” the body how to develop, and eventually affect the human nervous system, endocrine system or immune system, potentially affecting the health, development, behavior and intelligence of any human, anywhere. Dr. Colburn discusses albatrosses which live in open ocean 1,000 miles from any land, which have become as contaminated by plastics as birds in the Great Lakes. 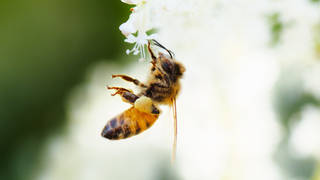