As Palestine joins the International Criminal Court, former U.N. Special Rapporteur John Dugard talks about how an apartheid case could be brought against Israel in the ICC. “I’m a South African who lived through apartheid,” Dugard said. “I have no hesitation in saying that Israel’s crimes are infinitely worse than those committed by the apartheid regime of South Africa.”

JOHN DUGARD: I think the strategy of Israel and also of the United States is simply to allow talks to go on forever and ever, while Israel annexes more land and takes over Palestinian territory. The purpose of the International Criminal Court, as I see it, is to circumvent this strategy on the part of Israel and the United States and to make Israel and the United States see and face the issues very clearly—namely, that Israel has committed very, very serious international crimes. And I might add that I’m a South African who lived through apartheid. I have no hesitation in saying that Israel’s crimes are infinitely worse than those committed by the apartheid regime of South Africa.

JOHN DUGARD: For seven years, I visited the Palestinian territory twice a year. I also conducted a fact-finding mission after the Operation Cast Lead in Gaza in 2008, 2009. So I am familiar with the situation, and I am familiar with the apartheid situation. I was a human rights lawyer in apartheid South Africa. And I, like virtually every South African who visits the occupied territory, has a terrible sense of déjà vu. We’ve seen it all before, except that it is infinitely worse. And what has happened in the West Bank is that the creation of a settlement enterprise has resulted in a situation that closely resembles that of apartheid, in which the settlers are the equivalent of white South Africans. They enjoy superior rights over Palestinians, and they do oppress Palestinians. So, one does have a system of apartheid in the occupied Palestinian territory. And I might mention that apartheid is also a crime within the competence of the International Criminal Court.

AMY GOODMAN: You say, John Dugard, that the situation in the Palestinian territories is worse than apartheid. What would an apartheid case brought to the International Criminal Court look like? Again, you were the special rapporteur, the U.N. special rapporteur on human rights in the Palestinian territories, as well as being a South African and an international rights lawyer.

JOHN DUGARD: Well, of course, I think it’s important to stress that the whole international environment has changed since the end of apartheid, because the apartheid regime, fortunately for itself, did not have to face a legal action either before an international criminal court or before a national court, whereas Israel today does face action before an international court. Of course, the crimes are substantially the same: discrimination, repression, targeted assassinations, house demolitions. I think, in one respect, Israel’s crimes are much worse, and that is in respect of its military action against Gaza, where it has not hesitated to kill civilians indiscriminately. 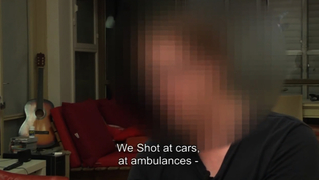