HARRY BELAFONTE: And as a passing thought—not so passing, but I’ll take this opportunity to publicly—once again, for the last few months, passionate appeal has been made to President Barack Obama to use the power of the executive office to free my friend and our leader, Leonard Peltier, with the understanding that if he fails before now and the end of the year to step to the plate and do the right thing, it will be a long time before we get a chance to think about Leonard being freed. But I think we just have to keep on keeping on.

AMY GOODMAN: The legendary entertainer and activist Harry Belafonte, speaking Monday night at a celebration of Democracy Now!’s 20th anniversary at Riverside Church here in New York, the same site where Martin Luther King gave his historic speech against the Vietnam War April 4th, 1967, a year to the day before he was assassinated.

Actor & Activist Danny Glover: We Must Organize in the Spirit of Martin Luther King Jr.

NEXTActor & Activist Danny Glover: We Must Organize in the Spirit of Martin Luther King Jr. 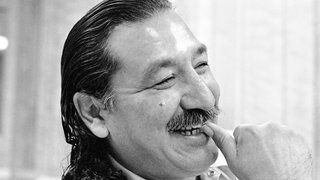