We turn now to the burgeoning scandal around voter-profiling company Cambridge Analytica. Startling revelations show the company harvested the data of more than 50 million Facebook users, without their permission, in efforts to sway voters to support President Donald Trump. Cambridge Analytica was founded by billionaire Robert Mercer. Trump’s former adviser Steve Bannon of Breitbart News was one of the company’s key strategists. Cambridge Analytica used the data to turn a voter-profiling company into a powerful psychological tool, which began launching targeted political ads aimed at carrying out Robert Mercer’s far-right political agenda. We speak to David Carroll, an associate professor of media design at Parsons School of Design, who has filed a claim to force Cambridge Analytica to turn over all of the data it harvested on him.

AMY GOODMAN: We turn now to the burgeoning scandal around voter-profiling company Cambridge Analytica. Startling revelations show the company harvested the data of more than 50 million Facebook users, without their permission, in efforts to sway voters to support President Donald Trump. Cambridge Analytica was founded by billionaire Robert Mercer. Trump’s former adviser Steve Bannon of Breitbart News was one of the company’s key strategists.

The Facebook data was first obtained by a Cambridge University academic named Aleksandr Kogan, whose company Global Science Research built an app that paid Facebook users to take a personality test and agree to have their data collected. The app also collected data on these users’ friends, meaning it actually collected personal information from tens of millions of users without their knowledge. Cambridge Analytica then bought this data in order to turn a voter-profiling company into a powerful psychological tool, which began launching targeted political ads aimed at carrying out Robert Mercer’s far-right political agenda.

MARK ZUCKERBERG: So, this was a major breach of trust, and I’m really sorry that this happened. You know, we have a basic responsibility to protect people’s data, and if we can’t do that, then we don’t deserve to have the opportunity to serve people. So, our responsibility now is to make sure that this doesn’t happen again.

AMY GOODMAN: This comes as an American professor filed a legal challenge in Britain asking the court to force Cambridge Analytica to disclose how it came up with the psychographic targeting profile it had on him. David Carroll is an associate professor of media design at Parsons School of Design. He’s filed a claim to force Cambridge Analytica to turn over all of the data it harvested on him.

DAVID CARROLL: It’s great to be here. Thank you.

AMY GOODMAN: So, explain what you are demanding.

DAVID CARROLL: A full disclosure. So, where did they get our data? How did they process it? Who did they share it with? And do we have a right to opt out? So, the basic rights that I think a lot of people would like to have, and the basic questions that a lot of people are asking.

AMY GOODMAN: Explain Cambridge Analytica, to people who are sitting here and saying, “What is this company? Is it based here? Is it based in Britain?” and why you chose to file in Britain.

DAVID CARROLL: So, we don’t know exactly what this company is. It’s quite ambiguous. But what we know for sure is, when I requested my data from the company in January of 2017, it arrived from SCL Group, a military contractor. And that was very unsettling. So, it’s been a process of sharing the data so that I could get advice, and when I learned that the data was probably not complete and probably not compliant to U.K. law, that’s when I got myself a lawyer, Ravi Naik.

AMY GOODMAN: And explain how you have standing in Britain.

AMY GOODMAN: The data was reportedly harvested by a Cambridge—that’s Cambridge, England—Cambridge professor, Aleksandr Kogan. Who is Kogan?

DAVID CARROLL: So, he is among the three researchers at the Psychometrics Centre at Cambridge University who developed the psychometrics technique, along with Michal Kosinski, who’s now at Stanford, and David Stillwell, who is also still at University of Cambridge. And those two other academics did not decide to join the company that ultimately provided SCL with the data.

STEPHEN BANNON: Data from Facebook is just about the cost of it. That data is out there. There’s a marketplace for your data. It’s bought and sold every day. It’s bought—

LIONEL BARBER: Yeah, but the people didn’t know it was being leaked, the friends of the—

STEPHEN BANNON: That’s the difference—that’s the issue between Cambridge, the professor and Facebook. And by the way, there’s an open—

LIONEL BARBER: And was it in—

STEPHEN BANNON: The point is, that is Facebook’s business. In 2008, it was Google and Facebook that went to Barack Obama and met him in San Francisco airport and told him all about the power of this personal data. In 2012, when we have the—we have the woman who headed up data integrity, said, “Hey, Facebook gave us the information, because they were, quote-unquote, 'on our side.'” So, the great opposition party—media—never went after the Obama campaign, never went after the progressive left, that has been doing this for years.

AMY GOODMAN: So, that is President Trump’s former chief strategist, of Breitbart News, Cambridge Analytica. Respond to what he just said.

DAVID CARROLL: Well, he’s leaving out an important fact, that Facebook did not activate the feature called Custom Audiences, which allows campaigns to upload voter data right into Facebook to target people individually by name, until October 23rd, 2013, well after Obama’s second campaign. So the Facebook tools to target people were simply not available during those campaigns.

AMY GOODMAN: Well, let me go to Carol Davidsen, who served as Obama’s campaign director of integration and media analytics during the 2012 campaign. In this video, posted online in 2015, she described how the campaign used Facebook.

CAROL DAVIDSEN: The Obama campaign just did this on a digital—in a digital level, on a much larger level, but we were actually able to ingest the entire social network, social network of the U.S. That’s on Facebook, which is most people. Where this gets complicated is, that freaked Facebook out, right? So they shut off the feature. Well, the Republicans never built an app to do that. So, the data is out there. You can’t take it back, right? So the Democrats have this information. So, when they look at a voter file and someone comes to them, they can immediately be like, “Oh, here are all the other people that they know, and here are people that they can help us persuade, because they’re really good friends with this person.” The Republicans do not have that information and will not get that information.

AMY GOODMAN: So that was Carol Davidsen, Obama campaign’s director of integration and media analytics during the 2012 campaign, speaking in 2015. Well, on Sunday, she wrote on Twitter, quote, “Facebook was surprised we were able to suck out the whole social graph, but they didn’t stop us once they realized that was what we were doing. They came to office in the days following election recruiting & were very candid that they allowed us to do things they wouldn’t have allowed someone else to do because they were on our side.” Professor Carroll?

DAVID CARROLL: Well, I mean, I think this is a wake-up call for everyone about the data that we’ve been leaking all over the place ever since the internet became a commercial aspect of our lives. So, it’s one thing to collect data, and it’s another thing to be able to target people and target people individually. So, there’s a lot of complicated issues here. But I think this whole Cambridge Analytica crisis has created a potential tipping point, where we’re going to have new attitudes about letting our data leak all over the place, and try to recapture control of it.

AMY GOODMAN: I want to turn to an interview Mark Zuckerberg did back in 2009 with BBC.

LAURA TREVELYAN: So who is going to own the Facebook content? The person who puts it there or you?

MARK ZUCKERBERG: The person who’s putting the content on Facebook always owns the information. And that’s why this is such an important thing and why Facebook is such a special service that people feel a lot of ownership over, right? This is their information. They own it. And they—

LAURA TREVELYAN: And you won’t sell it?

MARK ZUCKERBERG: They often want to—no, of course not.

AMY GOODMAN: “This is their information. They own it.” David Carroll?

DAVID CARROLL: Well, you can try to download your data from Facebook, and you can see what they think your data is. And it is not complete and not even close to the amount of data that they have on all of us who are on Facebook. So, what Facebook would really need to do is to let us download what is known as the shadow profile, which is the profile that Facebook has assembled about us that we don’t know about.

And I’m interested to see what happens in the near future, especially after my legal challenge in London runs its course. Is Facebook going to be forced, eventually, to disclose the shadow profile it has on all of us, and shows us how it’s collecting our information across all of our devices, across multiple apps, like Instagram and WhatsApp? And when people can actually see the extent of the surveillance, I think they’re going to be shocked.

AMY GOODMAN: And your thoughts on Zuckerberg’s apology?

DAVID CARROLL: I’m not sure it was a full apology. And there are still so many unanswered questions that I’m waiting for reporters to ask him.

DAVID CARROLL: Like why did they work side by side with Cambridge Analytica at Parscale’s company in San Antonio at the peak of the summer of 2016, and allowed Cambridge Analytica to upload voter data into Facebook, when they knew, years prior, that this was a company that they had to revoke access to for violating their terms of service? So, why did they work with a company so intimately and share data across the firms, when they knew they were dealing with a potentially bad actor?

AMY GOODMAN: Well, David Carroll, are you still on Facebook? We have to go. 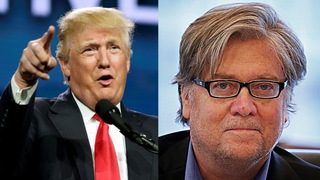